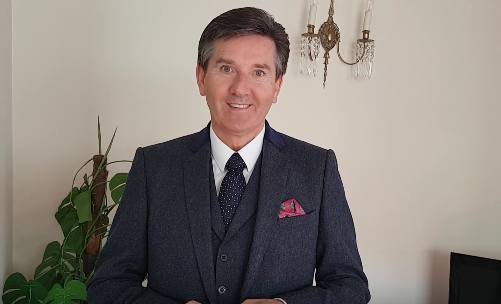 Daniel reveals he got stung during the property crash

Daniel O’Donnell has revealed he got stung in the property crash.

The Donegal singer spoke of how he got talked into buying property during the Celtic Tiger, but lost out badly in the economic collapse.

Daniel told the Irish Sun: “We bought a luxury apartment in Dublin and a few other places as the advice we got at the time was, you couldn’t put your money into anything safer than bricks and mortar.

“We bought at the height but now this stuff isn’t worth anything like the price we paid for it.”

The singer said he can’t put a value on how much he lost on property as he hasn’t sold any of it. He said: “We’re not suffering because of it, we are not on the bread line.

“There’s a lot people worse off than we are, so we don’t feel sorry for ourselves.

“I don’t think anyone could have envisaged what happened.”

The country star said he felt fortunate he could make up for his losses, announcing dates in the INEC Killarney, Co Kerry, in September.