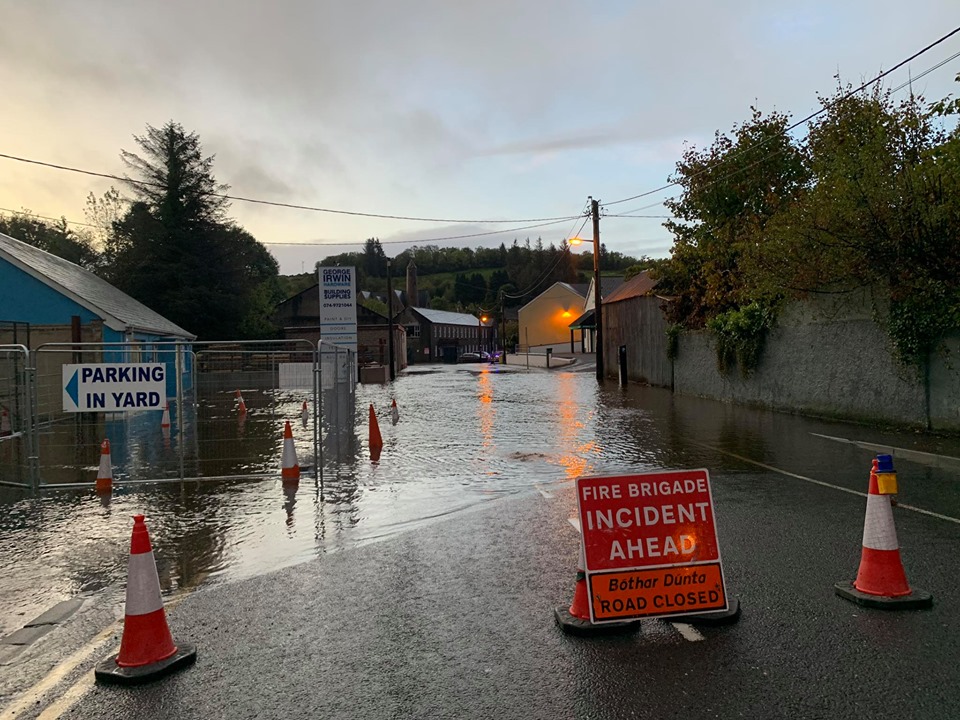 The MInister said the Government is conscious of the concerns over flooding and as a result three new flood relief schemes are being planned for Donegal.

He said “I joined Minister Kevin Boxer Moran in Donegal County Council offices in Lifford this morning to discuss plans that are underway on seven schemes and to announce three additional projects – Ballybofey/Stranorlar; Ramelton, where the Lennon river burst its bank in 2014 and caused unprecedented flooding; and Buncrana/Ludden, which was inundated in the devastating Inishowen floods of 2017.

“I would like to thank Minister Moran for taking the time to come to Donegal to see people in the county, to talk to councillors and to explain where we are with the schemes already announced and to outline the additional commitments.

“The three new projects will help to alleviate flood risks for more than 120 properties.”

The Office of Public Works has sanctioned about €1.9m for the new scheme in Ballybofey/Stranorlar scheme; €3.3m in Buncrana and Ludden; and €6.8m in Ramelton.

The visit coincides with Donegal County Council issuing adverts for consultants for the schemes in Burnfoot, Castlefin, Glenties, Downings and Kerrykeel. Consultants have already been appointed for Lifford. In Raphoe a preferred scheme to benefit more than 200 properties will be on public exhibition early next year.

Minster McHugh added: “The response from the County Council staff and fire service staff and all the local people who came to the help people in Donegal Town last month was tremendous.

“I am glad to see the OPW is able to support the council’s plans for minor works to alleviate future risks.

“The plan for Donegal Town is to improve flows on the Eske along with flood prevention measures with replacement of a culvert at Brookfield, improving storm pipes, work on walls along Castle Street and putting in a water rail in the vicinity of Clarendon Drive.

“Some clearance work is also being considered on a stretch of the river while further analysis will be done on the estuary.”

The funding for the schemes, including the three new projects, is sanctioned through the OPW. Other Minor Works in Currindale, Termon have also been incorporated into the programme.

Minister Moran said: “I fully understand the stress that the threat of flooding causes and the frustration that people feel at delays in delivering measures to protect their properties. What I am announcing today shows that every effort is being made by me, the Government and Donegal County Council to progress the projects in Donegal in the quickest possible timeframe.”