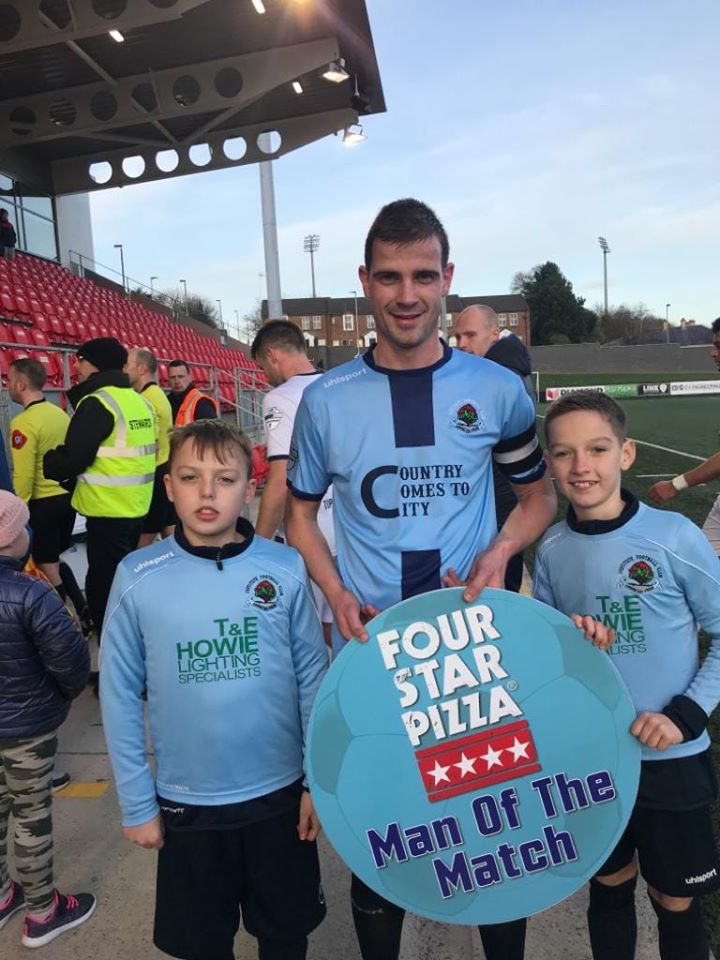 CONOR Tourish was Man of the Match today as Institute stunned Irish League Premier Division leaders Coleraine at the Brandywell.

The Letterkenny man, who has already been rewarded with a new contract after a super start to his first season at the club, was a rock as ‘Stute won the derby 2-0.

Shaun Leppard and Gareth Brown netted the first-half goals as Institute won at home for the first time in the League this season.

On 19 minutes, Leppard broke the deadlock when he fired high to the Coleraine net from a free by Carndonagh man Evan Tweed.

Before the half-hour, Brown caught out Chris Johns, the Coleraine ‘keeper, from 45 yards to double the lead and put the hosts on their way to victory.