NAOMH Conaill ladies have paid a heartfelt tribute to former captain Patricia Mannering, who has died following an illness.

Patricia – or ‘Paddy’ as she was known – played for Naomh Conaill from under-14 to senior level and also represented the Donegal senior ladies in 2013 and 2014.

“Our number 6,” the Naomh Conaill ladies said in an emotional message.

“A steady and reliable centre half back, that was never afraid to put in a hard tackle and the next minute, be sprinting up the field in her bright orange boots to join in on the attack.

“There was no better woman to have leading the young and inexperienced Naomh Conaill Ladies team as Paddy had the wisdom and drive to motivate any player, young or old(er) when needed, both on and off the pitch.

“Paddy was the type of player that showed great heart, passion and commitment to her club and team.”

He said: “She always looked to grow to better herself as a person and a professional. She was a great leader. A great person and a great friend she will be sadly missed by us all. Rest in peace paddy ❤️” 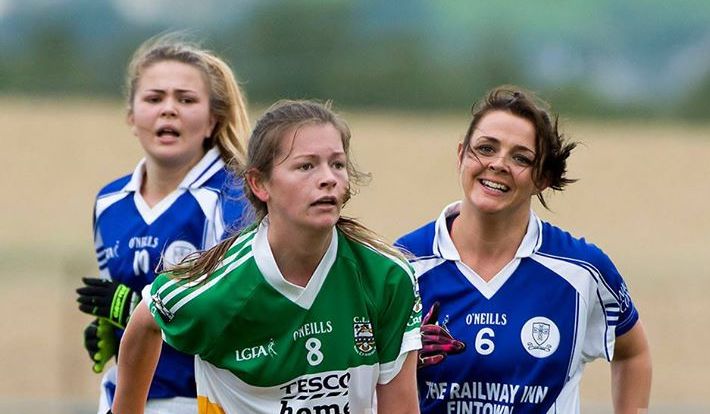 Patricia Mannering (6) in action for Naomh Conaill against Buncrana

It is the second time in a matter of weeks that the Mannering family have been plunged into sadness.

Just a month ago Patricia’s mother, Margaret, passed away.

In 2006, Patricia’s brother, Matthew, was killed in a car crash in Parma, Italy.

She is survived by her father, Tony, sisters Anne, Rose, Elizabeth, Julie, Mary and brothers Anton, Daniel, Michael and Mario.

Patricia’s wake will be held at her sister Rose Mannering’s home on Monday, December 2, from 10am-12 midnight. Funeral takes place on Tuesday, December 3, at 12 noon in Glenties.