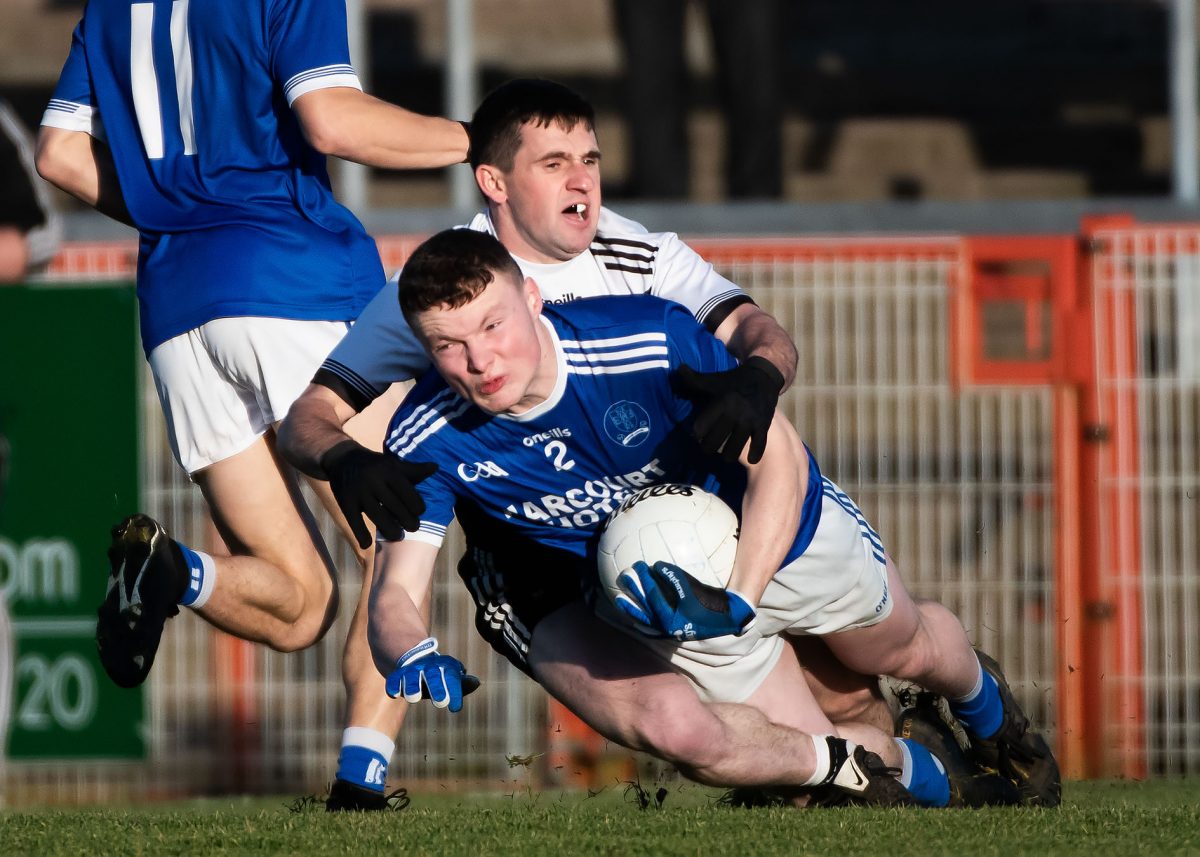 Donegal SFC winners Naomh Conaill might be trailing as they fly the for flag for the county in the Ulster Club SFC final this afternoon against Kilcoo at Omagh’s Healy Park – but it could’ve been a whole lot worse!

Two goals in the 28th minute and 33rd have seen Naomh Conaill reduce their appears to just a point – when the gap had been seven points.

Martin Regan’s team are currently are losing 1-8 to 2-4, with the Down champions having enjoyed a strong second quarter. The scores had been level at 0-3 to 0-3, on 15 minutes, with Ciaran Thompson, Charlie McGuinness and Duncan Doherty on target, but Mickey Moran’s side have shown their worth late in the half.

The Kilcoo goal, also on 28 minutes, was splendidly executed, with captain Aidan Branagan rounding off a move that included a lay-off from Jerome Johnston. However, a goal a later from McGuinness from close range was badly-needed for Naomh Conaill and then when Jeaic Mac Ceallabhuí added a second goal the Naomh Conaill support went wild.

Second half to come.