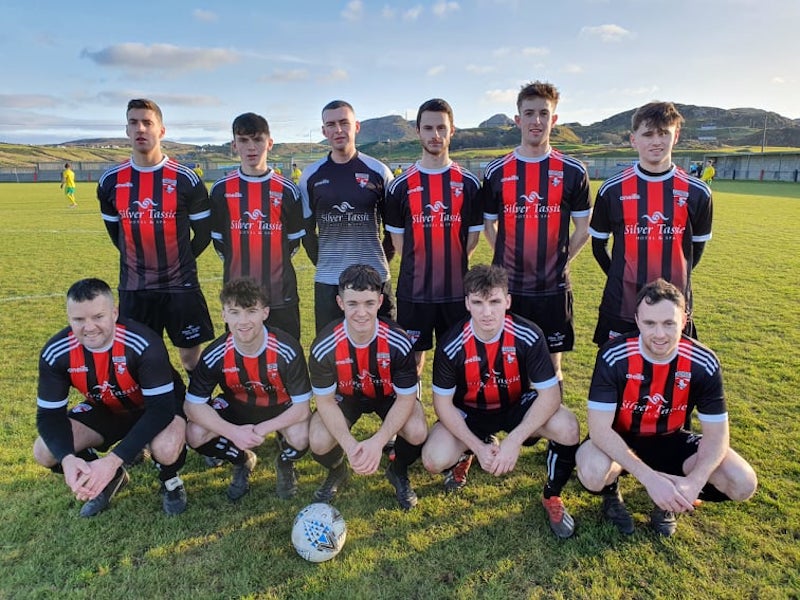 Fanad United and Bonagee United played out a highly entertaining three-all draw at Traigh-a-Loch on Sunday.

The game was played in ideal conditions and both teams attacked from the start.

In the 13th minute Garbhan Grant found space in the Fanad box but his weak shot was easily saved by Caolan Bolton.

The game was end to end and Bonagee opened the scoring in the 25th minute. After some good work down the right, Michael Funston hit a low cross into the box which was met by Michael Doherty who slotted home at the near post.

The lead lasted 10 minutes as Fanad hit back. Mathew McLaughlin hit a long free into the box which was knocked down by Edward O’Reilly and the bouncing ball was headed into the net by Martin McElhinney. Bonagee had a few chances to equalise before the break.

Garbhan Grant’s cross to the back post was met by Ryan Rainey who headed wide.

Five minutes before the break, Matthew McLaughlin done well to block a Michael Funston shot on the line.

With time almost up in the half, Fanad too the lead. Martin McElhinney found space out on the right and his curling cross was met by Dean McCarry who powered his header home.

With five minutes gone in the second half, Peter Carr found himself in space in the Fanad box but he dragged his shot wide.

In the 65th minute Brian McVeigh led a fine break out form the back for Fanad, his inch perfect pass found Matthew McLaughlin but agonisingly for him his shot found the side netting. 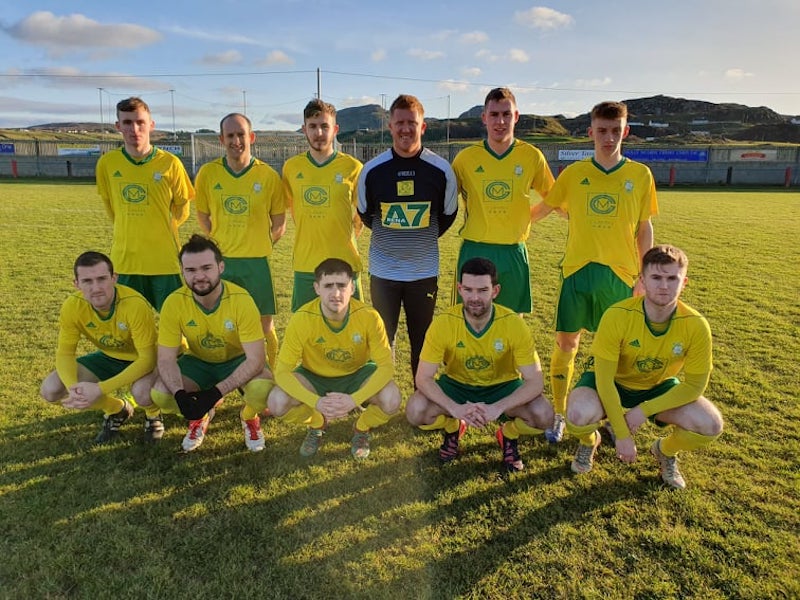 Fanad pushed after that but were caught out on the break with 15 minutes to go. A ball out form the back was latched onto by Garbhan Grant who lofted the ball over Caolan Bolton to find the net despite the best efforts of Conor Duggan.

With five minutes remaining Fanad missed a gilt edged chance to get an equaliser when Oisin Langan headed over the bar from a Conor Blaney cross.

However on the final minute Fanad got the equaliser they will feel their performance deserved.

When Matthew McLaughlin sent over a corner, Dean McCarry seen his header well saved by Eugene Ferry but Edward O’Reilly was the quickest to react to the breaking ball to score from six yards out.