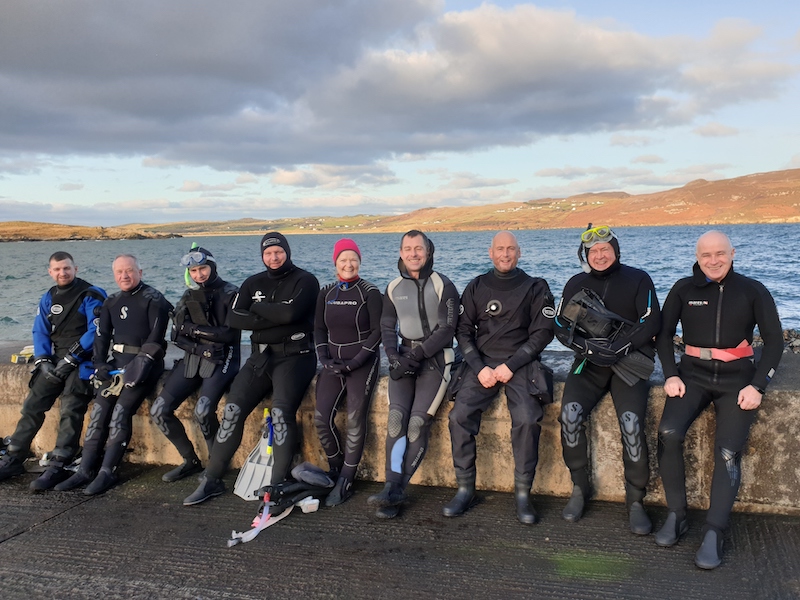 SHEEPHAVEN divers were in the water on Sunday morning for a combination of Dive Fitness Tests for some and a completion of Search and Recovery mandatory training for others.

There was slight northerly air flow, just enough to ruffle up some waves down the bay, but not significant enough to prevent the divers conducting their annual Water Fitness Test, which consisted of snorkelling 400 metres in less than 10 minutes, completing a free dive to at least 5 metres  and then followed by a 50 metre simulated casualty tow.

The Search and Recovery Divers completed a swim line search inside the harbour, in poor enough water visibility, which allows them to be included in the Underwater Council of Ireland S&R register of available divers for the incoming year.

Meanwhile on the pier the divers witnessed an event that would have beencommon place a hundred years ago, that is the landing of a Herring catch by a local boat.

Portnablagh Pier was built as a famine relief project; the workers paid a noggin of soup from the soup kitchen that remained nearby – until destroyed in act of heritage vandalism some years ago.

After the pier had been built the giant pots that had been used to cook the soup were subsequently used by the local fishermen to tar their nets, until they disappeared and in due course the Herring shoals that drove the local fishing economy were exploited by bigger boats elsewhere and they also disappeared. 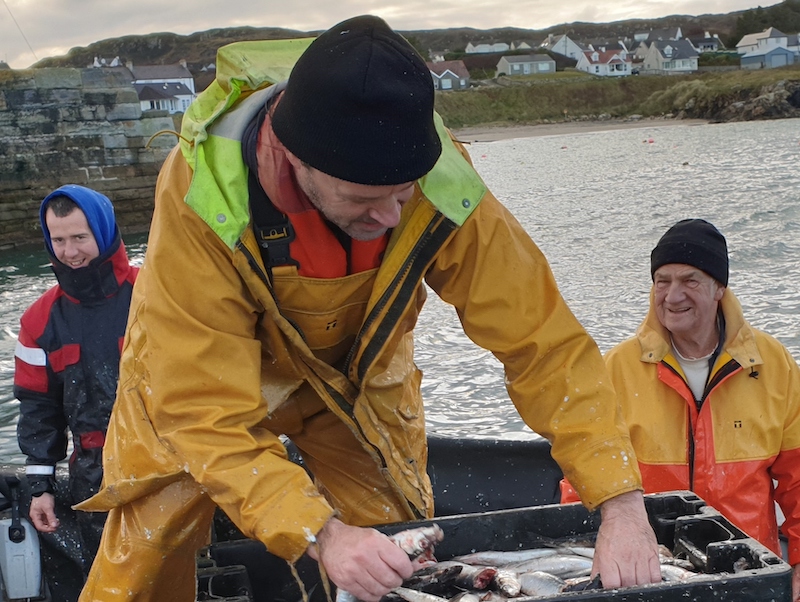 But thankfully Herring have a remarkable ability to replenish their stocks and if given a chance every once in a while the make a welcome return to Sheephaven Bay.

This is despite the curse placed on the bay by a distraught widow after the loss of her husband, son and grandson in a tragic sinking of a Scots Herring Fleet at the entrance to Dunfanaghy bar – a mass grave in a nearby churchyard marks their passing.

But last weekend there was moment to stand and watch local fishermen land a catch of herring from a big shoal nearby that had also attracted the attention of a Whale, a clear demonstration of the marine ecosystem in balance for another generation to record for the future.