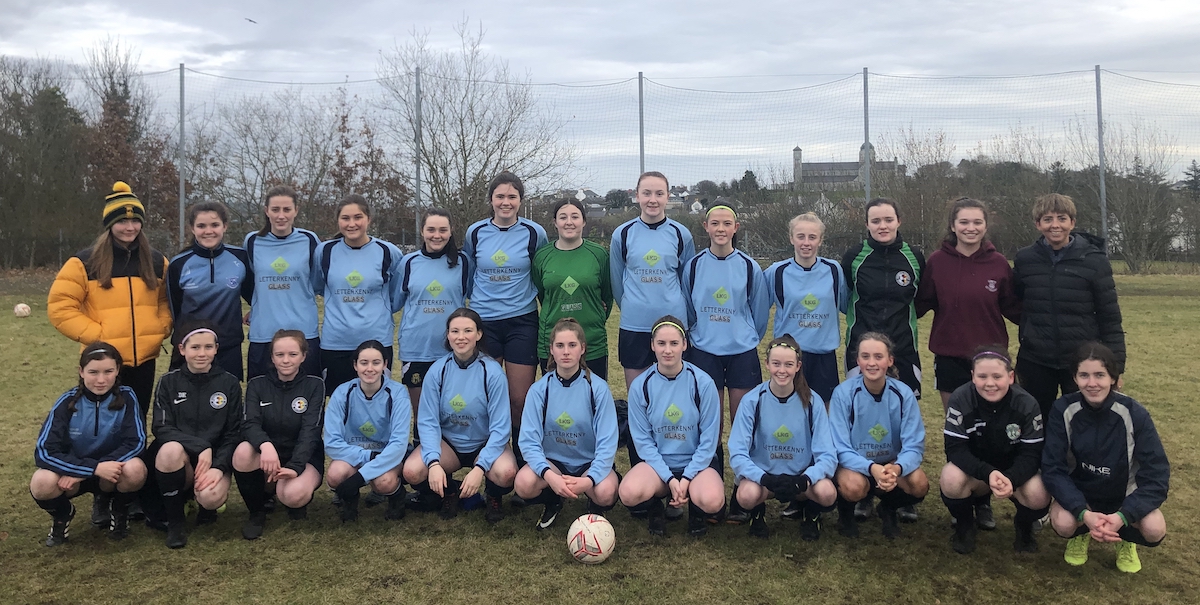 LORETO Secondary School, Letterkenny advanced to the Ulster semi-finals thanks to a superb 2-1 win over Carndonagh Community School on Monday.

Aoife Kelly and Erika Gallagher netted the goals for Loreto as the Letterkenny students recorded a come-from-behind victory.

Sophie Murphy’s goal after 15 minutes had put Carndonagh in front when she nipped in to steer home.

Murphy might have had another goal, but a brilliant goal-line block by Coilín Hume proved vital for Loreto.

The ever-dangerous Erin McLaughlin shot just over the top with an ambitious effort from distance with the home side on top in the possession stakes early on.

Emma Doherty raced from her goal to deny Carn with Loreto’s defence beginning to get on top of things as they kept the home side at bay, restricting them to efforts from distance.

Loreto drew level and took real energy from their goal. The excellent Erika Gallagher combined with Nicole McDaid and, after Emma Gribben was denied, Aoife Kelly picked her spot in the bottom corner to finish brilliantly.

After the break, Sion Swifts attacker McLaughlin riffled wide as Carn probed with intent, but with Aibhe McDaid marshalling the Irish international well, Loreto grew into the tie.

Loreto found a way through with Hopkins and Kelly involved. When Kelly was taken down, referee Danny McLaughlin awarded a penalty. Gallagher stepped up to fire home from the spot and in the face of strong pressure, Loreto held on for dear life.