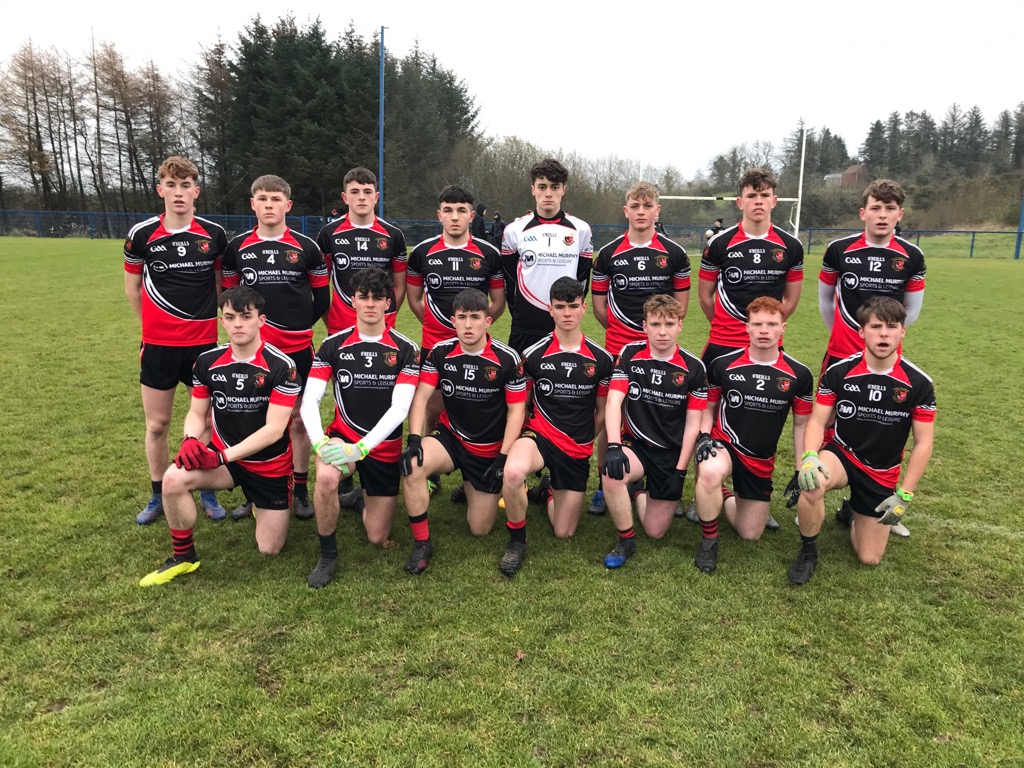 St Eunan’s played against a strong breeze in the first-half but still led by four points at the break, 1-3 to 0-2. Despite that lead they would have been a bit disappointed that the margin wasn’t greater as they dominated for long periods during the half.

The conditions made things difficult for both teams but St Eunan’s were certainly the better team, defending well when necessary but also looking dangerous when going forward. Scoring was tricky but St Eunan’s were guilty of some poor finishing with a number of wides from scoreable position and also a number of balls dropping shot into the St Patrick’s goalkeeper’s hands.

The all important score of the half came when Jack Alcorn finished off a good move to drill the ball to the net and ensure that his team would take that four point lead into the break, 1-3 to 0-2.

St Patrick’s started the second-half in more positive mood than they had showed in the first and converted a couple of points but were knocked back again when St Eunan’s full-back Kieran Tobin made his way forward to rattle home a second goal for his team and they led by 2-4 to 0-5 and in control.

After an exchanged of points St Eunan’s struck another telling blow as the excellent Shane O Donnell hammered in their third goal of the game to make it 3-5 to 0-6.

St Patrick’s did hit back with a goal and the teams again exchanged points to leave it 3-6 to 1-8 but on the stroke of full-time Shane Monaghan finished another good move with St Eunan’s fourth goal to round off an impressive performance on a final score of 4-6 to 1-8 and a second win in this tough group.

The result means that both these teams finish their Group games on four points and St Pat’s Cavan can do likewise if they beat Holy Trinity Cookstown in the Group’s final game.

If that happens the top three positions would have to be sorted out most likely by scoring difference as they each have one win and one defeat in their head to heads.