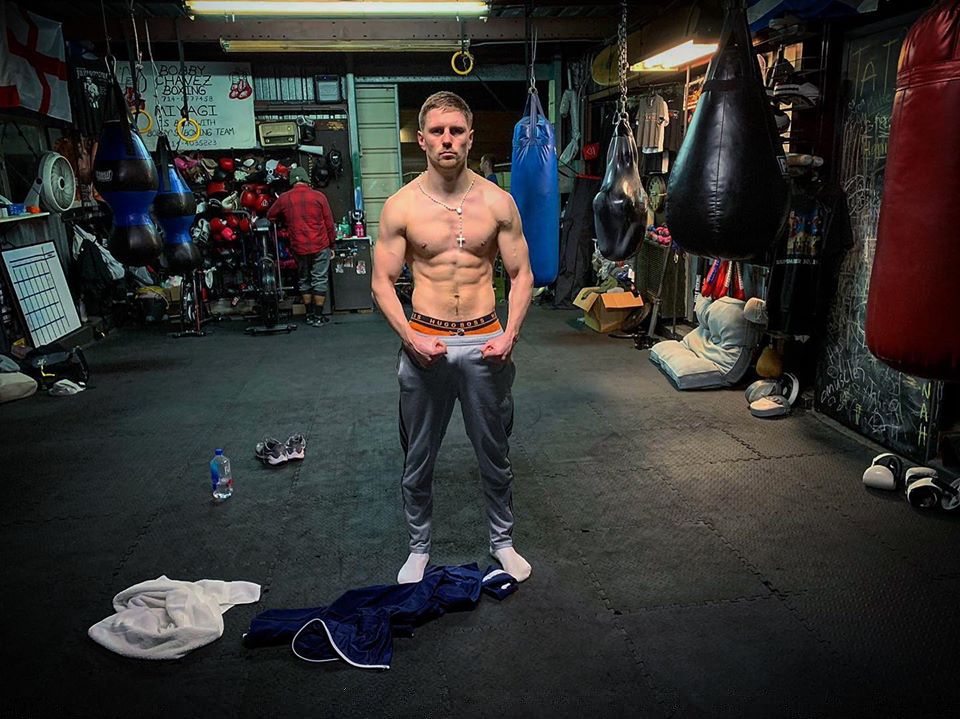 WHEN THE cuts were cleaned and cleared, Jason Quigley became startled at what he felt: It was as if the scars themselves meant nothing.

A room in the Fantasy Springs Resort and Casino, located in the middle of the Colorado Desert, was where Quigley digested a July defeat to Tureano Johnson that left him wondering.

A bloodied fight was halted after nine rounds, the corner believing Quigley to have taken too much, Johnson took Quigley’s NABF middleweight strap and the Ballybofey man knew that something had to change.

“It didn’t feel like me…I didn’t have that viciousness, that bit between my teeth.”

The feeling wasn’t quite one of emptiness, but the strangeness of it all was about more than a rare defeat.

AMID a flurry of supportive texts for Quigley – who had been working in Sheffield with Dominic Ingle for almost two years – one stood out more than any other.

Lee knew the wringer Quigley was going through.

His own mind had spun similarly.

The questions and the doubts were all familiar.

Lee analysed Quigley’s defeat on Off The Ball and many in Quigley’s corner found themselves nodding.

“It’s not the end of the world – he will come back and he can come back,” Lee said in late July.

“That’s a hard lesson to learn and such a hard way to learn it.”

THE feeling was different for Quigley just over six years ago, in October 2013, when he lost a World Championship final to Zhanibek Alimkhanuly.

The bout would prove to be Quigley’s last of a glittering amateur career.

As he digested a first loss in 33 fights, it was evident what defeat meant.. 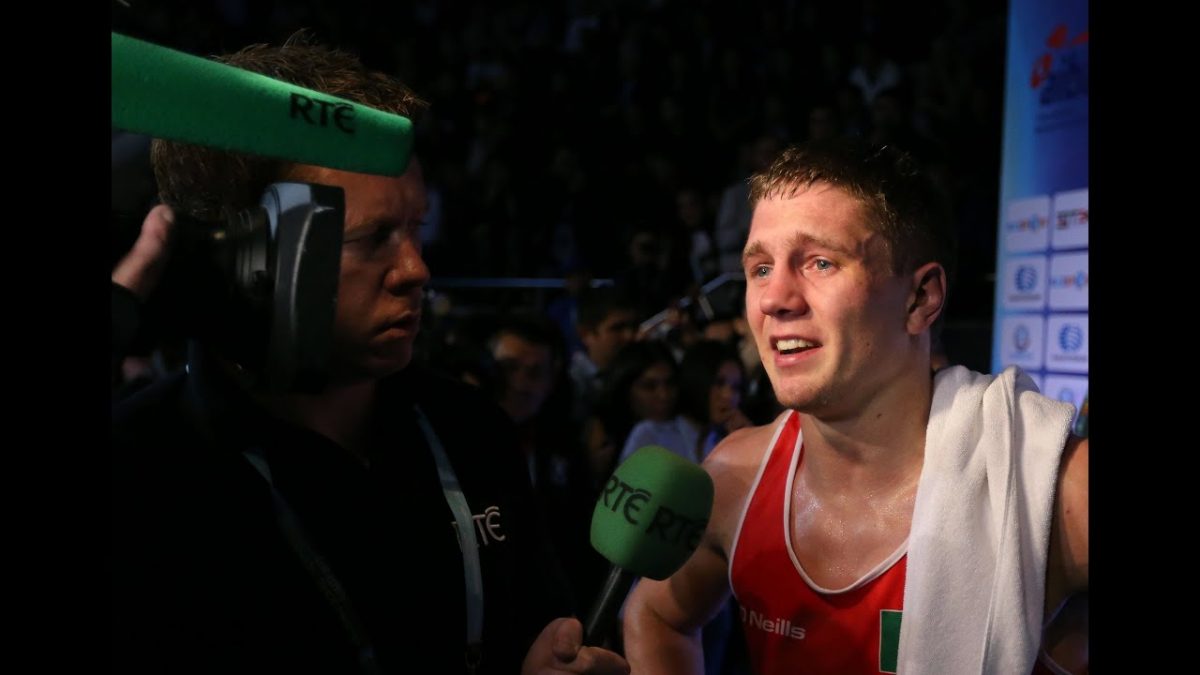 As he spoke to RTÉ Sport’s Hugh Cahill, in the bowels of the Baluan Sholak Place of Culture and Sports in Almaty, the Ballybofey man became emotional.

”It’s just a shame I still wanted to go one step further. It was a dream of mine from day one….It’s just heartbreaking you know,” a tearful Quigley said at the time.

He was in his first year ads a senior international boxer, having won Irish and European middleweight titles during a glorious 32-fight streak that shot him to prominence.

A COFFEE to shoot the breeze with Lee became something greater.

Quigley felt something different as he listened intently to Lee’s offerings.

The eyes flickered again – and it wasn’t the caffeine.

He just knew what he had to do.

Lee, who had begun training and managing the promising Paddy Donovan as he started to cut his teeth as a trainer, agreed to train Quigley for his next fight – which is against Abraham Cordero on Thursday night at The Hangar in Costa Mesa, California.

“I wanted to find out after the fight if it was gone or if it was there,” Quigley would reflect. As soon as I hit the bag again, I could feel it. I know it’s there.”

Lee, of course, believed in Quigley. 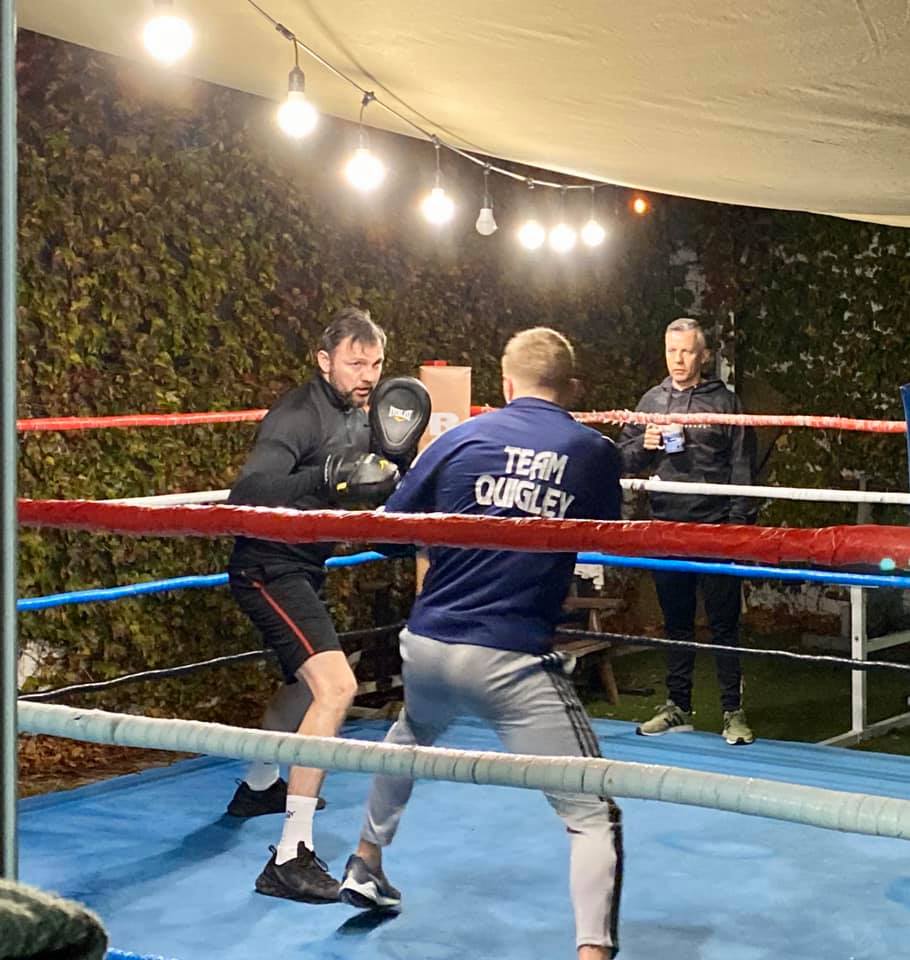 In that July interview when he picked through the rubble of what was a potentially-damaging loss, Lee had said with real conviction: “Nothing changes. Jason is still a world class boxer. He is European (amateur) champion, World silver medal winner and undefeated up to this point.

“There is a way back. This doesn’t change anything you have done before this. On his day he would beat Johnson. Hold that in the forefront of your mind. It’s by no means the end of the world for Jason Quigley. He is still a prospect and there is still an appetite for him.”

WHEN Quigley was blazing his trail in the amateur ranks, the routine was similar.

He went to school at St Columba’s College, Stranorlar, one day a week, generally a Monday. The rest of the week, he’d train in Dublin with the Irish team.

It served him well as he became the first Irish puncher to win three European Golds – at Elite, U23 and Youth levels. At the 2013 World Championships, he was the first Irish male to go better than bronze.

The routine, though, was familiar.

When he swapped that for lavish Los Angeles, it never really felt right.

Even the darker and colder climbs of Sheffield weren’t home.

That coffee with Lee has allowed Quigley find himself again.

“It’s strange and funny how something that was one the front doorstep is the one that works for me,” Quigley says ahead of Thursday night’s bout with Cordero.

“I couldn’t be happier and because of that, I’m really excited by getting back in the ring again. 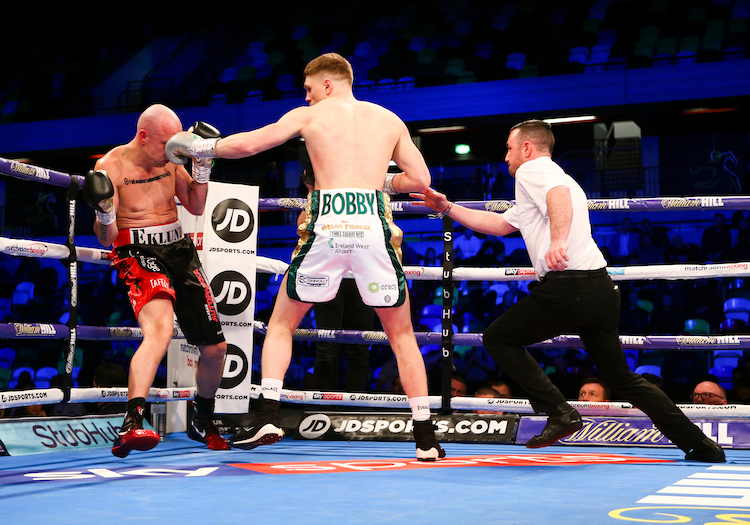 “Boxing is a funny old game. It’s just what works best for the individual. Some people need to be away from the distractions and away from certain things to help focus on the game or the plan. Me, I get into a better frame of mind and the last few weeks have made a massive difference.”

Quigley often recalls the punishing runs in Drumboe Woods or the track sessions at the Finn Valley Centre. They helped shape him.

There even a noticeably different tone in his delivery as he talks of his work with Lee.

“We haven’t gone old school, but we’re back into an old school grind,” he says.

“I hit the roads hard and when I’m back in Donegal now, I’m back running some hills. I’ve been flipping tyres, hammering a sledge to tyres hard physical graft that needs to be done. Thats how it all started for me…”

He trails off and pauses for a moment.

The tone hardens a little as he finishes his point.

“You have to be willing to go through hell in this game.”

THE two were never team-mates in the Irish set-up, Lee having turned pro before Quigley was really making waves.

But Quigley was more than aware of his fellow middleweight.

“When I saw Andy competing at the Olympic Gams in Athens, that was one reason I wanted to go to the Olympics,” he says.

“There is an aura about Andy.

“It has been a great couple of months working with Andy and the relationship has really gone from strength to strength.

“There is definitely something there now. I can feel it. I can’t wait to do in the ring what we’ve been working on.

“I’m really looking forward to having Andy in my corner. There is no word to describe it…I’m f***** raring to go.”

LEE has appeared similarly enthused and excited by the new partnership.

Indeed, Lee recently noted that Quigley was ‘only three fights away from a huge fight, maybe not even that.’

He has asked the Golden Boy Promotions pincher some searching questions in recent weeks too.

“At this stage, he has to really want it,” Lee said.

“The decision to come to train with me could have been one of comfort or it could be one that he wants to change and push on. That’s why I’ve tested him and pushed him hard. He’s flying.”

Lee was critical of Quigley’s last bout and has attempted to right some wrongs.

He said: “Others will try to follow what Tureano Johnson did. We have to make Jason comfortable when they’re inside. 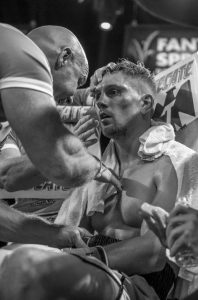 “Jason has been comfortable so far and he’s responding. He’s made improvements, just on simple things. I’ve been surprised that he hasn’t been taught these things.

“Jason is very teachable and takes everything on board.”

Quigley had appeared to lose gas against Johnson having managed in October 2018 to overcome sluggish middle rounds to decision Freddy Hernanzez and make a successful first defence of the NABF belt.

So, will we see a ‘different’ Jason Quigley in The Hangar on Thursday night?

“You’re going to see a tweaked Jason Quigley,” he says.

“I’m excited for the road ahead and what’s in store for me now.”

In 2013, Billy Walsh – the then head coach of the Irish team – hailed Quigley’s breakthrough year in an Irish vest.

“He went to the soles of his boots,” Walsh said that Saturday afternoon in Almaty when an unfamiliar pang of defeat joined Quigley’s airspace.

He was on top of the world – and felt it – in those days.

As Lee looks to rekindle that flame in the Donegal puncher, he and Quigley haven’t so much gone back to the future as back for the future.