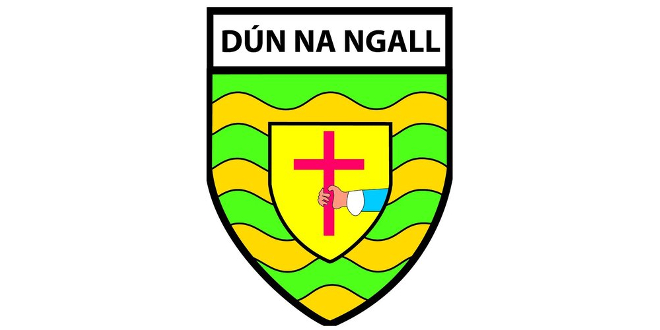 Outgoing Assistant Secretary Declan Martin looked likely to fill the vacant Secretary position as the only nominee for the  post while his current position currently has no nominee listed , nor does the Children’s officer position.

There are five nominees for outgoing Seamus O Domhaill position at Central Council and a total of six for the two Ulster Council positions including O Domhaill.

a) All applications for inter club transfers within the County shall be made on official application form.
b) A transfer shall not be granted unless the player satisfies the Competitions Control Committee that his new address is or has been his/her prime sole residence, for a period of three (3) months, prior to the date of receipt of application, within the club Catchment Area, as approved by the County Committee, of the club he/she wishes to transfer to

Applications for adult player inter-club transfer within the county shall be submitted to An Runai Chontae on or before 1st June each year.

1. In deciding on Inter Club transfers for adult players the Competition & Control Committee should only consider the request if the relevant player demonstrates that he has moved permanent residence to the catchment area of the club which he wishes to transfer to or demonstrated that he has any other relevant connection with the club. (as defined in Bye/Law 4.8.
2. The Competitions and control committee shall also have discretion, depending on the circumstance, to grant a transfer if the club the player is leaving has no objection not withstanding any other provisions of these bye/laws.
3. Applications for youth members Inter club transfers within the county shall be submitted to An Runai Chontae on or before January 31st each year.
(a) Exception Where An coiste Bainsti, on the recommendation of the County Children’s officer supported by the National Children’s officer authorises the Competition and control committee to consider an application received at a later date.

(B) where the member can provide evidence that he/she has moved permanent residence for a period of three (3) months prior to the date of receipt of application, within the club catchment area as approved by the County Committee, of the club he/she wishes to transfer to.

In deciding on Inter Club transfers for Youth members the Competition and Control Committee shall have regard to the Ethos of the association as set out in Rule 6.1 T.O 2019, the current Permanent Residence of the applicant, and any other relevant connections (as defined in Bye/Law 4.8) the member may have with the club to which he wishes to transfer.

Attachment to First Club: In accordance with Rule 6.4 T.O

2019, a person shall only be entitled to join a club

within the confines of the catchment area of his permanent

A person seeking to become a member of the association

shall be restricted to joining a club in the catchment

area of his permanent residence or a club with which he

has “Other” relevant connections (as defined in Bye/Law

4.8). Permanent residence for the purposes of these

A member shall be regarded as having an “Other relevant

Connection” with a Catchment area if

(a) A sibling of the player in question is already registered and is currently eligible to play in official competitions for the club with which the player wishes to become a member.
(b) That either parent were previously resident in the catchment area of the club.
C.L.G Na Cealla Beaga

Grading of clubs and players

3) Applications for regarding by clubs and players must be made in writing to the county secretary not later that 30th April each year.
4) In exceptional circumstances due to injury or otherwise, clubs may request regarding after April 30th decline.
C.L.G Na Cealla Beaga