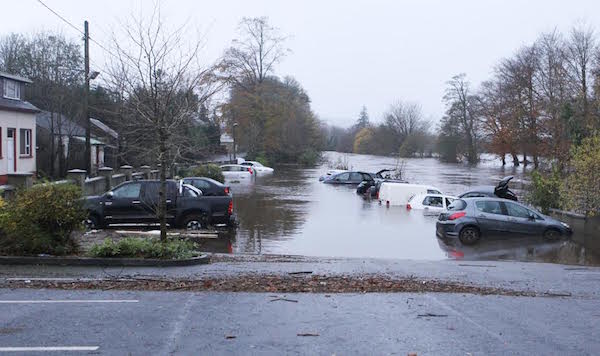 The Ballybofey and Stranorlar Integrated Community Company (BASICC) is preparing to begin minor flood relief works following the granting of €1.92million in funding for the Twin Towns.

The funding was announced last week by Minister Boxer Moran along with €3.3m for works in Buncrana and Ludden and €6.8m allocated to Ramelton.

BASICC and Donegal County Council have now laid out plans to begin minor works on the River Finn, which are currently awaiting the go-ahead from An Bord Pleanala.

Going forward, Donegal County council CFRAM unit will prepare a tender document in order to employ consultants to start work on the project, now that funding has been secured.

The €1.9M funding will allow the Donegal County Council’s newly established CFRAM Unit to tender for, and appoint consultants to do a close-up examination of the flooding in the Twin Towns.

BASICC established a floods committee after the severe damage incurred during the flooding in 2015 (pictured above). Through extensive and frequent meetings BASICCs flood committee members have been actively pursuing short- and long-term solutions to the flooding issues.

BASICC would like to pay tribute to Minister Boxer Moran. The committee met with him in December 2018 in The Dail. During this meeting Minister Moran made a commitment to BASICC that he would re-examine and include Ballybofey and Stranorlar in the Major Capital Scheme funding.  BASICC has praised Minister Boxer Moran as a man of his word.

BASICC would like to take this opportunity to thank its hard working and dedicated committee members which include Donegal County Council, the Loughs Agency, local business people and local and senior politicians who supported the committee throughout.

BASICC will continue to monitor and inform the community as and when developments occur.