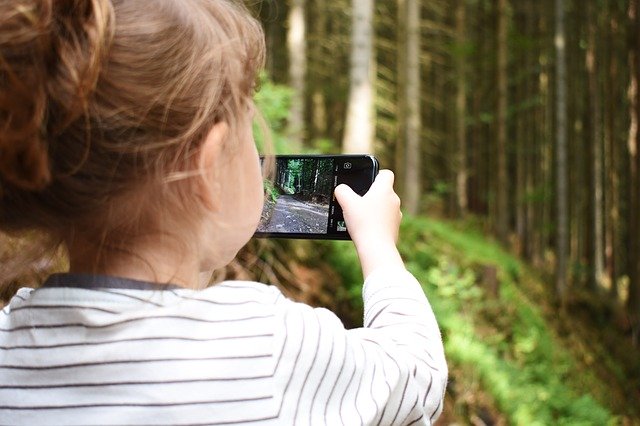 Donegal councillor Michael Naughton is calling for a ban on the sale of smartphones and tablets to children under 13, saying they are more dangerous than weapons.

The Donegal MD councillor says that internet access through smartphones is a “serious issue” that gives children too much access to the world and exposes them to dangers such as cyber bullying, gambling, pornography and paedophiles.

“We have laws on legal drinking age, driving age and voting, but we give children a phone and they are exposed to the world,” Cllr Naughton told Donegal Daily.

“I believe children should be children.

“You look at the murder of schoolgirl Ana Kriegel and the pornography that was on the boy’s phones. There needs to be a serious debate on this.

“There is a huge danger in smartphones and tablets, to me it’s worse than giving a child a loaded gun.”

Cllr Naughton has tabled a motion at the December council meeting of the Donegal MD to call on Minister for Communications, Climate Action and Environment Mr. Richard Bruton and Minister for Children, and Youth Affairs Ms. Katherine Zappone to ban the sale of smartphones and tablets to children under 13 years of age.

Cllr Naughton said that he wants to have laws preventing children from buying phones and to ban parents and adults buying phones for children under 13, just as it is illegal to buy alcohol for underage children. He added that he plans to bring the motion to the county council in January, while he feels it is important to raise the issue before Christmas.

“This is something that I have been thinking about for a long time, as the father of a young child,” Cllr Naughton said.

“I know it’s an issue in schools. I also was speaking to a number of teachers on the matter. Ireland has the highest rate in the EU for cyber bullying and the worst time it happens is between six and eight in the evenings.

“And there is a serious issue with pornography and gambling, and children can be groomed for paedophiles as well.”

Cllr Naughton added: “A debate needs to take place and I would be calling for a collaboration between the Children’s Minister, the Communications Minister, and the Education Minister to do something.”