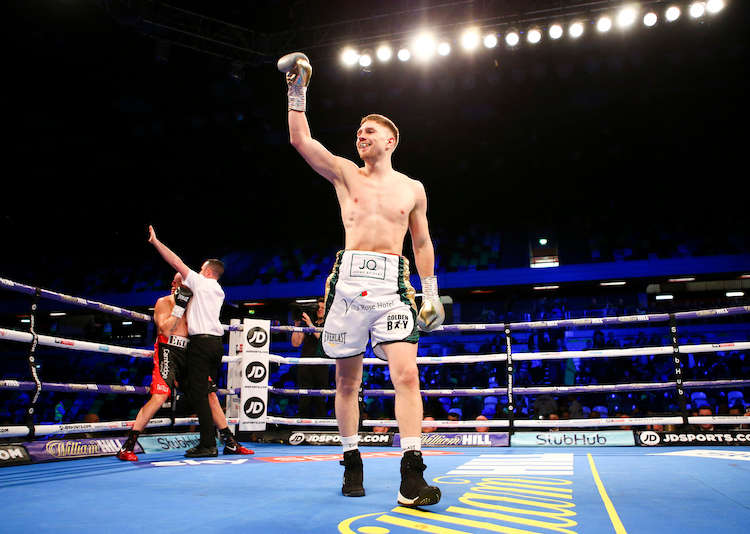 Watch: Here’s how you can watch Jason Quigley’s weigh-in for Cordero bout

JASON Quigley will take to the scales later on this evening ahead of his fight against Abraham Cordero.

Quigley and Cordero meet on Thursday night in an eight-round middleweight bout at The Hangar in Orange County, California.

Quigley (16-1, 12KOs) is looking to bounce back from the first pro loss of his career when he faces the durable Cordero (13-4-2, 7KOs) as part of the Golden Boy Promotions Thursday Night Fights programme.

First, though, Quigley and Cordero will face off at The Hangar this evening when the boxers take to the scales.

The fighters are due to take to the scales at around 9pm Irish time.

The weigh-in will be shown live on the Golden Boy Fight Night Facebook page.