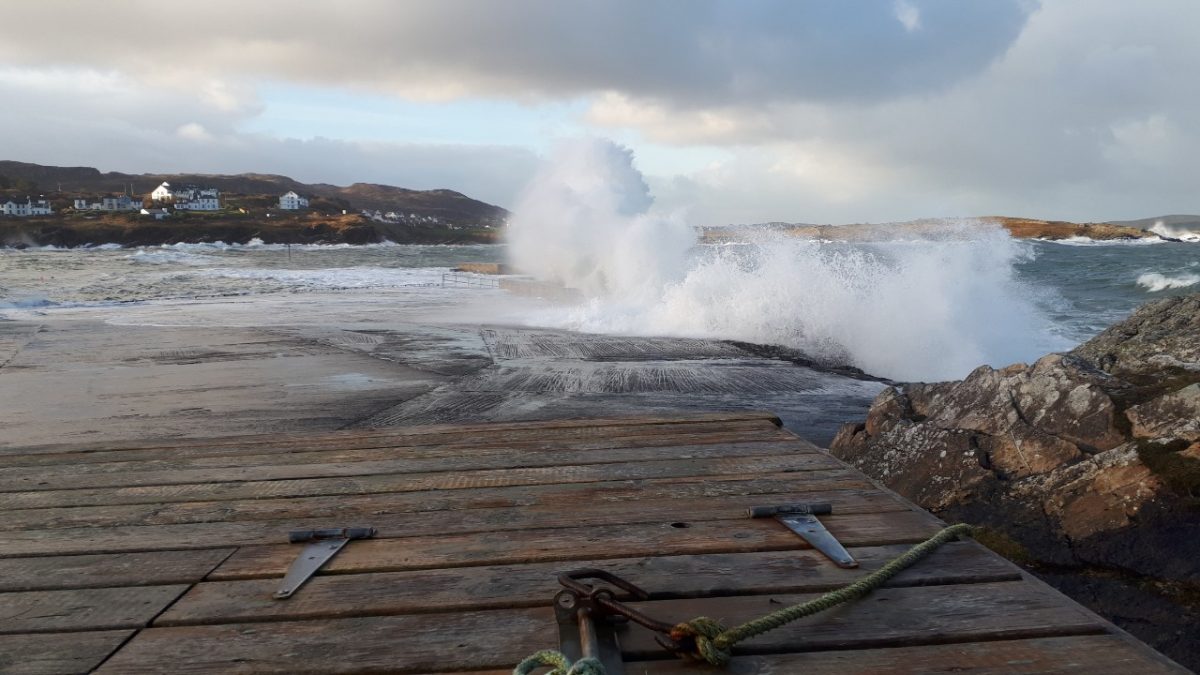 Wind warning for Donegal with gusts of up to 100kph

A Status Yellow wind warning has been issued for Donegal tomorrow (Thurs) with gusts of up to 100km/h expected.

The alert is in place for Donegal and also Mayo on Thursday, starting at 7am and finishing 6pm.

It reads: “South to southwest winds will strengthen during Thursday reaching mean speeds of 50-65km/h with gusts of 90-100km/h.”

It comes as weather experts said a “pulse of rain” is set to batter parts of Ireland on Thursday.

And Met Eireann has also warned of possible gale force winds on what is expected to be a wet and windy day.

It will be far milder than recent days, with highs of up to 13C.

A forecaster said: “Windy on Thursday with outbreaks of rain and drizzle spreading eastwards.

“The rain will be heaviest and most persistent in the west and north of the country with only small amounts of rain expected elsewhere. Southwest winds will be strong and gusty with gales along northwest coasts.

“A mild day despite the wind with highest temperatures of 10 to 13 degrees.”

And as we head into the weekend further showers are expected.

Wind warning for Donegal with gusts of up to 100kph was last modified: December 6th, 2019 by Stephen Maguire
FacebookTweetLinkedInPrint
Tags:
donegalgustsStatus Yellowwind