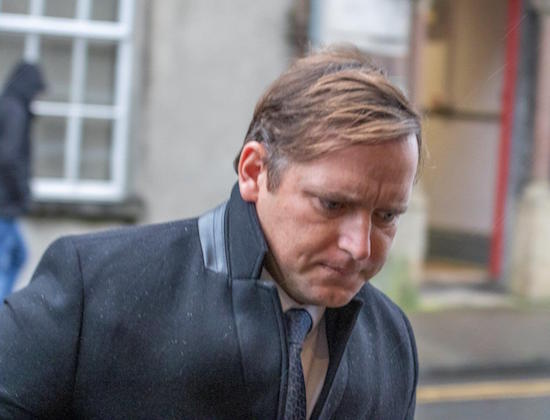 A former Irish international showjumper has been fined €11,000 after being convicted of deception in relation to the sale of a pony called Spot.

Michael Kearins of Knockbeg, Collooney in Sligo had pleaded not guilty to the charge of deceiving Sean Ewing to whom he sold a skewbald pony which turned out to be different to the one Donegal businessman Mr Ewing had agreed to buy.

He had been due to be sentenced at the end of November but the case was adjourned to today after the court was told Mr Kearins had suffered a head injury after being thrown from a horse in America and he could not fly.

Businessman Mr Ewing and his wife Terry had met Mr Kearins in Collooney in August 2012 after seeing an ad he had placed on DoneDeal. They viewed some ponies and agreed to buy two for their daughters.

The ponies were to be sent to the Ewings’ home in Majorca where they were living at the time. 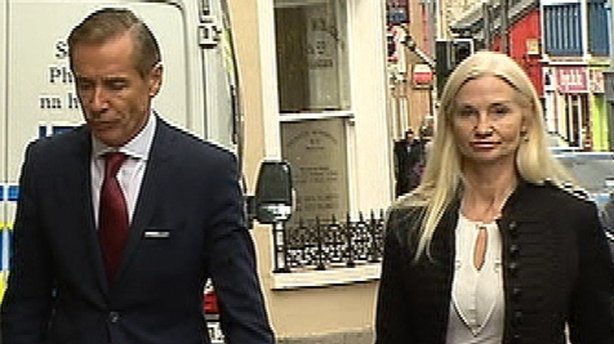 The Ewings leaving court at an earlier siting.

However, when the ponies arrived, Mr Ewing said he was flabbergasted to find that one of them was a completely different pony to the one they had viewed in Sligo.

The Ewings had agreed to buy a skewbald pony called Buddy but another skewbald called Spot arrived in its place and the Ewings subsequently sent that pony and the other one, Teddy, back to Sligo.

They could not make contact with Mr Kearins who moved from Sligo to the Netherlands.

The Ewings made a complaint to gardai and detective Joe Scanlon said it took him seven and a half years to track Mr Kearins down.

A statement issued on behalf of Sean Ewing after the case said “The Irish Equestrian industry, so important to so many in Ireland, is today supported by the Irish legal and judicial system in providing a clear message that the deceptive, deceitful and fraudulent “bait and switch” acts, as carried out by Michael Kearins, are not acceptable.

“His effort to exploit international waters and distance, in sending a different pony to that purchased and his false boasting of being a “high standing” member of Show Jumping Ireland (SJI) so as to gain trust, carries no merit now.

“Kearins continued his deception in avoiding the Gardai and addressing his fraudulent deception until justice prevailed this year, some 7 years later. His fabricated defence and the efforts he directed, to discredit those deceived, is reflective of his continued lack of a moral standard. His willingness to lie to the court, and to continue his deception, only exemplified his efforts to continue to try and cause more damage, regardless of the forum. This is now over.

“This complaint was never about the money. It was about holding Kearins to account for his years of avoidance, after executing a blatant fraud, whilst placing an innocent child at risk. I truly hope as a result of this criminal conviction, that he may be less inclined to defraud and deceive a trusting parent or to place any child at risk in the future.”