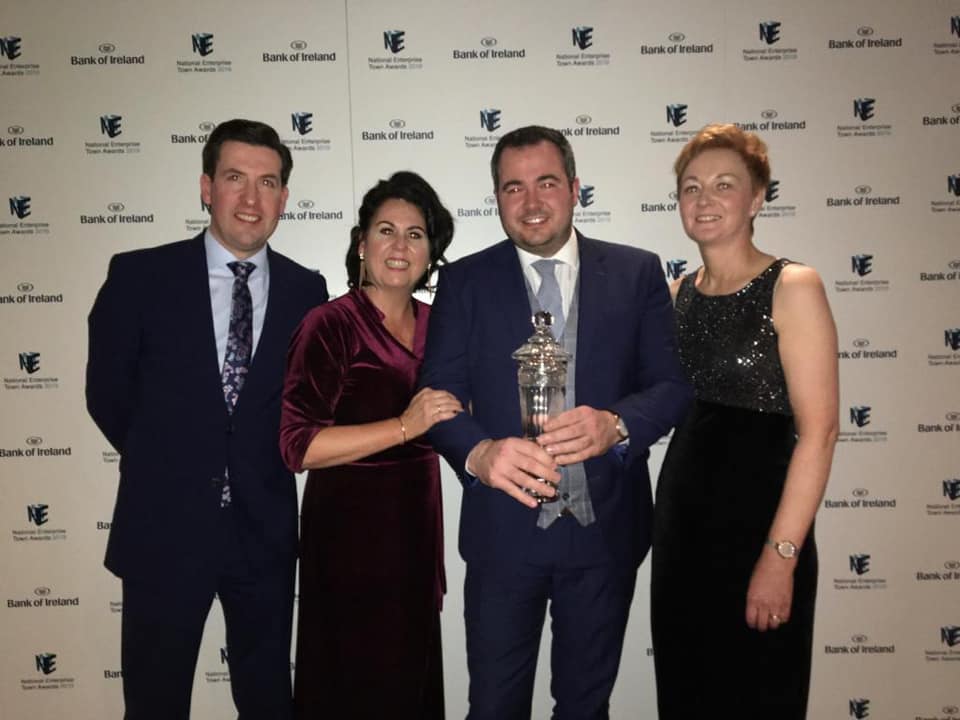 There were great celebrations for the Carndonagh business community last night after their triumph in the Bank Of Ireland National Enterprise Town Awards.

Carndonagh was named as the regional winner of the Connacht/Ulster award for towns with a population between 2,000-5,000.

The Carndonagh Traders Association were over the moon with the award which celebrates the vision, teamwork and enterprising spirit of the Inishowen town.

The Bank of Ireland National Enterprise Town Awards 2019 took place in Kilkenny, where Kilkenny was named Ireland’s most enterprising town of 2019, taking home the trophy and a cash prize of €33,000.