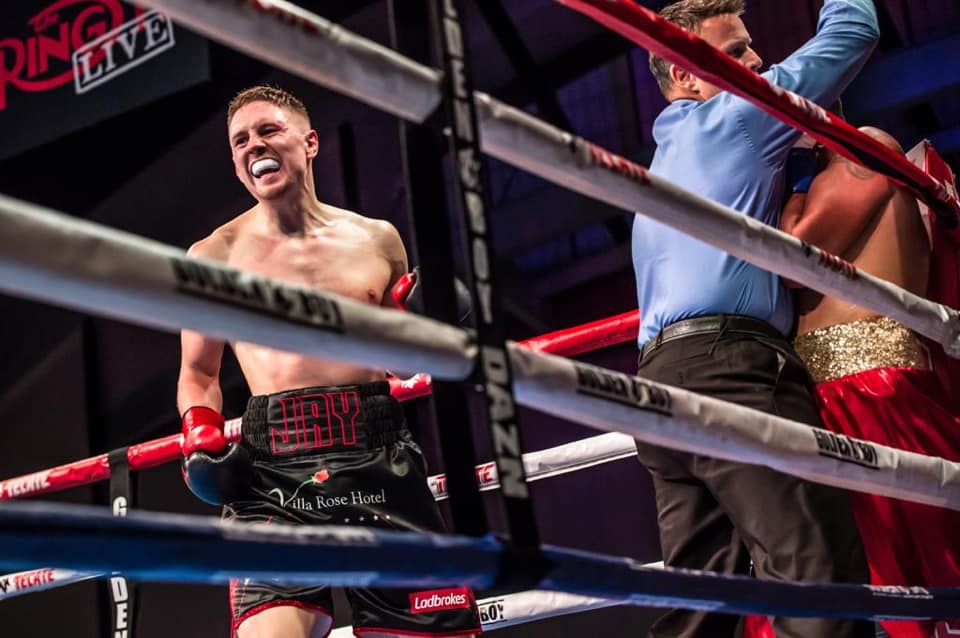 JASON Quigley says he has been working on becoming more ruthless, but the memories of his last fight came back as he took to the ring last night.

The Ballybofey man – pictured by Valentin Romero – brought an end to proceedings after one minute and 36 seconds of the third stanza.

The win means Quigley is back on course for a big 2020 following a shock defeat to Tureano Johnson in July.

“I just wanted to get him out of there,” Quigley said.

“I won’t lie: Walking into the ring, I was thinking: ‘I don’t want that shit to happen again’.

“The doubts were in the head. I wanted to get that behind me and get the victory. I need to learn to control that and wait for it to come.

“I’ve been working on my ruthlessness and getting the job done. It/’s onto the next one now.”

It was Quigley’s first fight under his new trainer, former world champion Andy Lee and he aims to land a big bout next year.