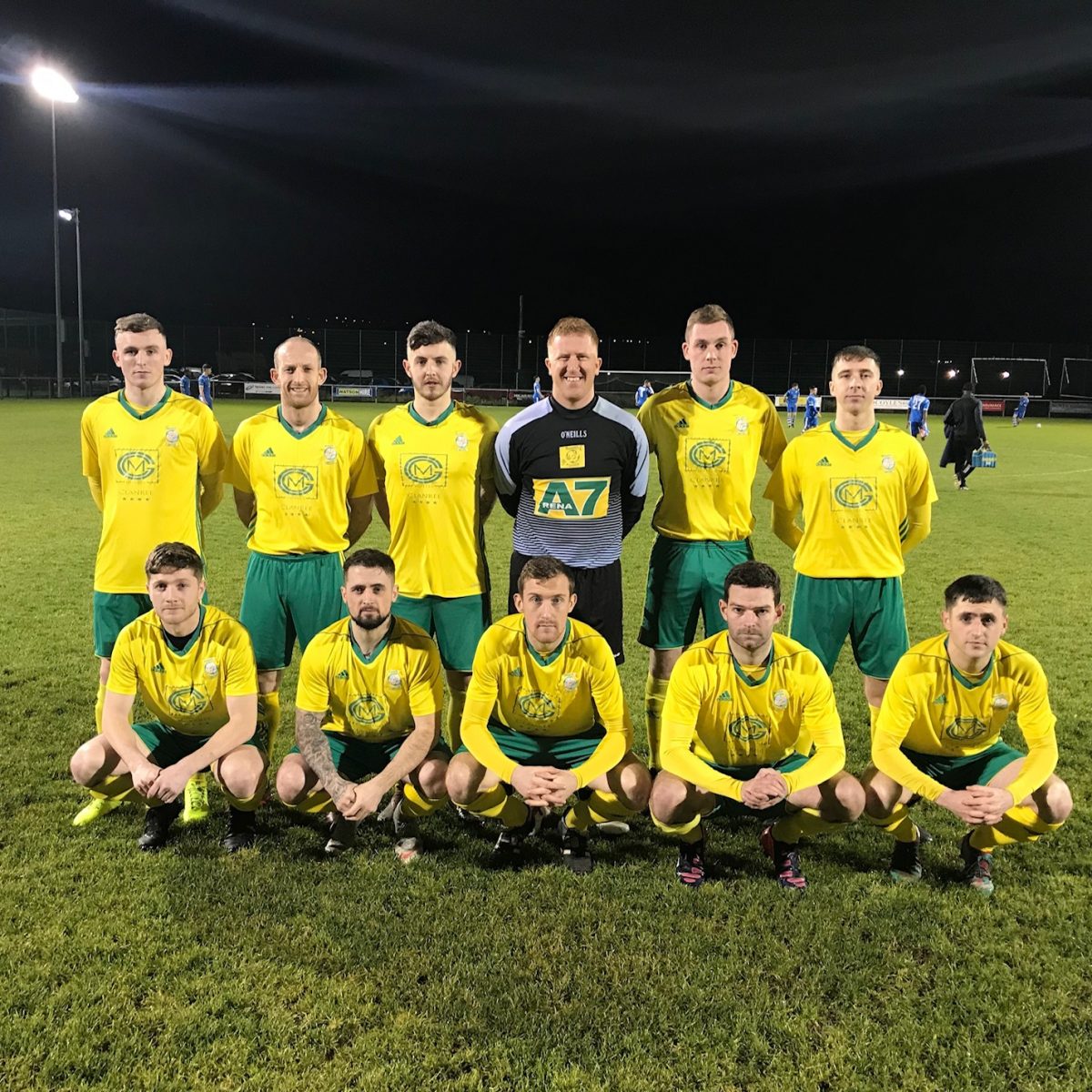 A first half goal from the penalty spot from Michael Doherty was all that was between them at the end, although Harps had plenty of the ball without creating as much as they would’ve liked.

Harps had the first real opening on four minutes when Corey McBride got through, only for Eugene Ferry in the Bonagee goal to deny the visitors the opening goal.

At the other end, just shy of the half-hour, Ryan Rainey did brilliantly to avoid a couple of challenges and cross to Michael Doherty, who could only manage to hit the crossbar with the goal gaping.

However, Bonagee were to hit the front on 32 minutes when they worked a short corner and with Robbie Hume and Doherty combining, the latter’s cross was into the area and referee Vincent McLoughlin adjudged that Ryan Aikpantyi handled. The Harps defender was unfortunate as the ball appeared to rebound off his body onto his arm. Doherty converted.

Pat Loughney of Harps, on 35 minutes, did well on the left and Stephen Doherty’s cross found Niall McGinley, who couldn’t get his header on target.

There weren’t so many openings in the second half, although Harps’ Gabriel Aoutaka, volleyed at Ferry following a cross from Jack Doherty 16 minutes from time.

One goal is enough as Bonagee pip Harps in Knockalla Caravans Cup was last modified: December 7th, 2019 by Staff Writer