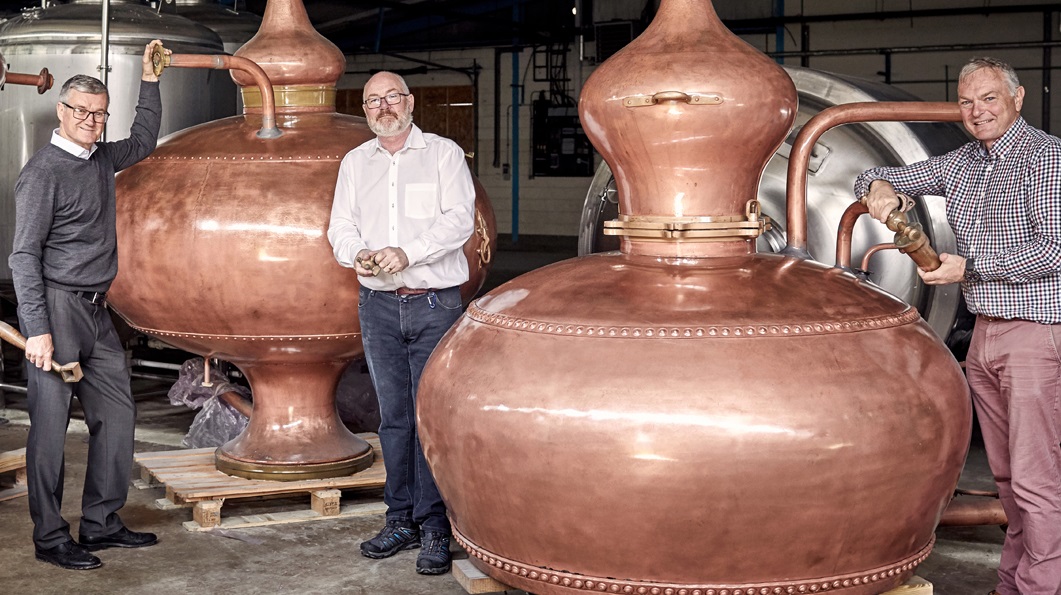 Three Donegal men are on the cusp of completing their new venture into whiskey distilling – and bringing the craft back to Donegal for the first time in 180 years.

Crolly Distillery, located in the former Crolly Dolls Factory, will be a fully-functional distillery and visitor centre which aims to attract tourists and whiskey enthusiasts from all over the world to West Donegal.

Joe Devenney from Annagry, Conor McMenamin from Ballybofey and Kieran Davis from Letterkenny are the men behind the exciting Donegal whiskey revival project. The team are delighted to be bringing new life to the former Crolly Doll factory and envisage the first liquid gold will flow through their pot stills in early 2020.

A state-of-the-art visitor centre will open in 2021 for specialist whiskey tours and tastings. It aims to attract 20,000 visitors in year one, with hopeful growth in these projected tourism figures going forward.

Whiskey was last (legally!) produced in Donegal by William Leatham at the Bohillion Distillery in Burt but those stills fell silent in the early 1840’s. Three years ago, Joe, Conor and Kieran set about reviving the craft and reviving the famous  Crolly Doll factory, which has lain dormant for twenty years until now. 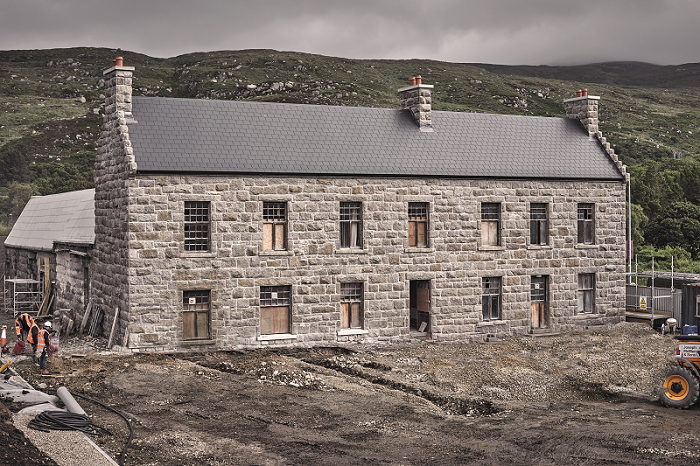 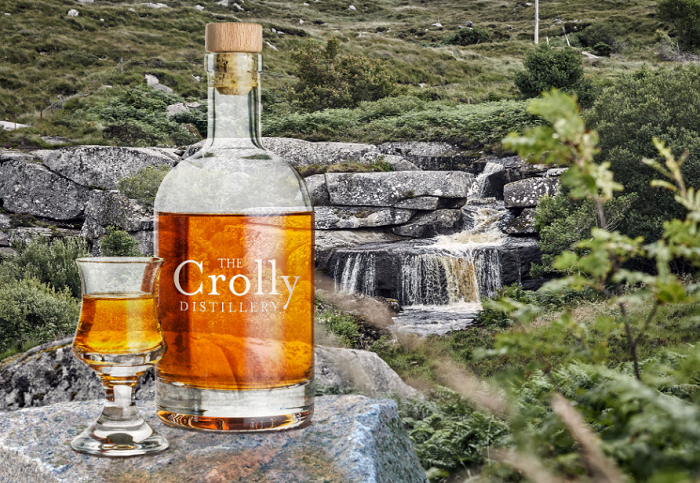 The location was selected alongside the Dore River as it provides ideal climatic conditions to slowly age a high-quality single malt Irish whiskey.

Authenticity and originality are at the core of this endeavour and this sets Crolly apart.

‘If it’s Crolly on the bottle, it’s Crolly in the bottle’ is the mantra of the boutique distillery, which will produce in small batch volumes of an artisan, delectable single malt whiskey (50,000 litres of pure alcohol annually).

The promoters have invested heavily to create a distillery which will be as sustainable and green as possible, harvesting rain water and recycling heat energy from the mashing and distillation process.

The founders have also sourced two beautifully restored ex-cognac copper pot stills from the South of France and grade A ex-bourbon oak casks shipped from the United States for their premium product. 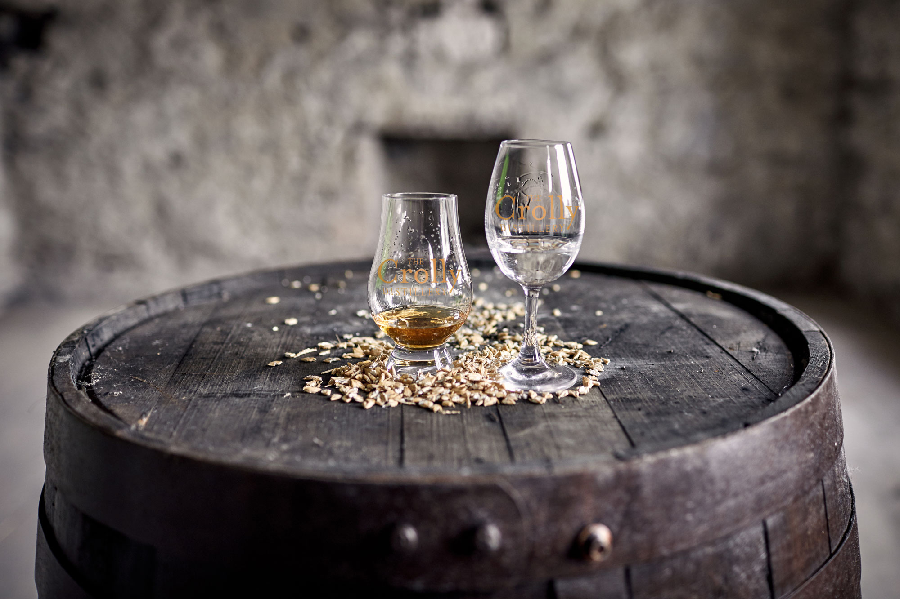 The Crolly Distillery story has already begun with the Founder’s 180 Club Cask Programme. The investment programme invites whiskey lovers to acquire one of the very first casks of Donegal-produced Irish whiskey from The Crolly Distillery. There are just 180 individually numbered casks available, and owning a cask allows members to be part of an exclusive Crolly club.

Since the Crolly Factory renovations began, the distillery founders and promoters have been struck by the fond memories and anecdotes shared with them from locals – and they want to preserve those memories in the visitor centre and online in the future. The team are requesting your Crolly memories, be they pictures or written word, to hello@thecrollydistillery.com

The worldwide chatter about the ‘the goings on’ in Crolly has already resulted in 50 Founders 180 Club casks sold at home and abroad.