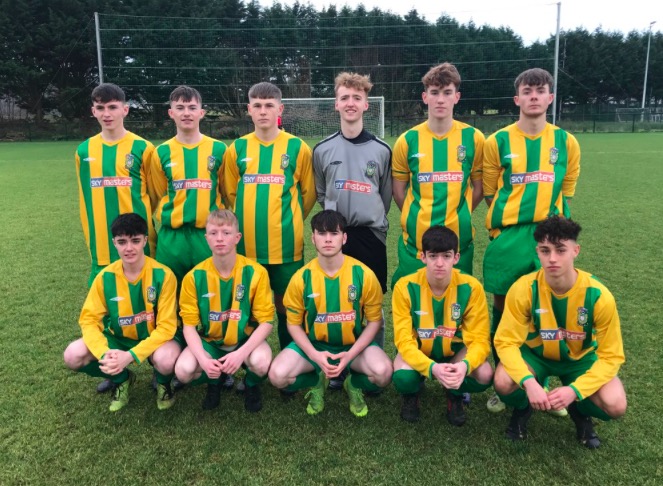 Donegal Youth League shredded by Mayo in second half at Ballyare

Donegal missed a penalty to go ahead on 14 minutes when Nathan Plumb was fouled by Mayo goalkeeper, John Vahey. However, from the spot, Gavin McGee hit the post and the score remained 0-0.

The home side are putting Mayo under pressure and creating chances. For their part, the best chance the Connacht team produced in the first half was when Matthew Long got onto a pass from Callum Cairns and Matthrew Whoriskey in the Donegal goal made a great save to turn the shot onto the post.

Scoreless at half-time, Donegal probably didn’t see what was coming in the second – four goals for Mayo.

The first of those came on 49 minutes when Aidan Dunleavy finished well after Donegal failed to clear their lines.

Four minutes later, it was two. Dunleavy played a super cross into the box and Cairns applied the finishing touch.

Mayo were in charge now and made it three on 59 minutes. Keeper Whoriskey failed to get sufficient purchase on a punch and Call Daly finished off.

Then, a fourth goal for Mayo on 66 minutes and their fourth in 19 second half minutes. This time Cairns was again the scorer after some fine approach play by Cormac Caulfield.

In a three-team group, it now means that the Mayo League will progress as group winners should they avoid defeat at home to Inishowen.