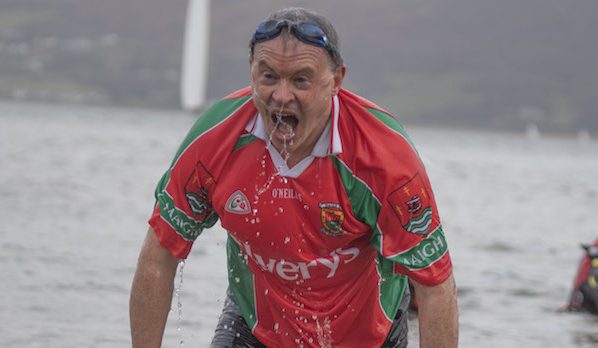 Hundreds of people gathered in the seaside village of Rathmullan today to see GAA motormouth Joe Brolly get dumped into the sea.

The controversial TV commentator was the star attraction as the county held its popular annual Polar Plunge.

Wearing a Mayo GAA jersey and very little else, Brolly was true to his word and jumped into the freezing waters of Lough Swilly.

Thousands of euro was raised in the process for the Donegal Special Olympics fundraising campaign. 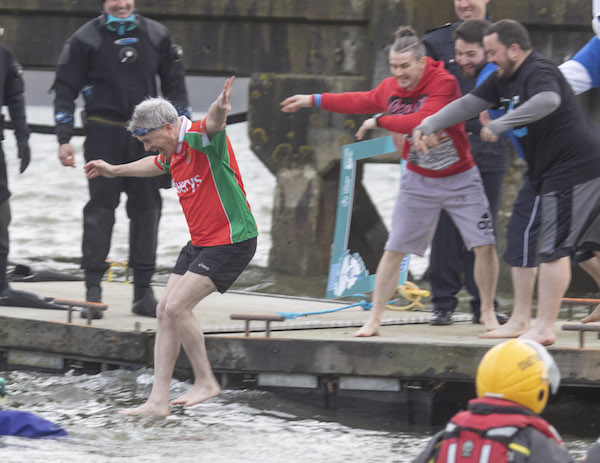 Joe Brolly takes the plunge at the Polar Plunge in Rathmullan in North Donegal in aid of the Special Olympics. 9North West Newspix)

The event has become a huge crowd-pulled in recent years and last Rathmullan (with a population of only 550) raised the largest amount of money out of every Polar Plunge across Ireland beating Dublin, Cork and other big towns with €12,038.

The Irish Naval Vessel, LÉ George Bernard Shaw, was present alongside Rathmullan Pier for visitors while the Gardai, army and coastguard also took part in the day.

Santa kept all the children happy after he arrived on the R118 Coastguard helicopter. 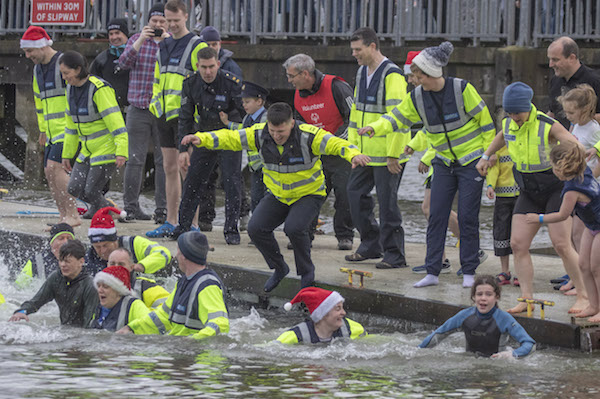 Organiser Garda Sgt Paul Magee said there was no doubt Joe Brolly was a big attraction!

“For some strange reason a lot of people wanted to see Joe dumped into the freezing waters of Lough Swilly.

“Joe was true to his word and he was a great sport,” said Sgt Magee. 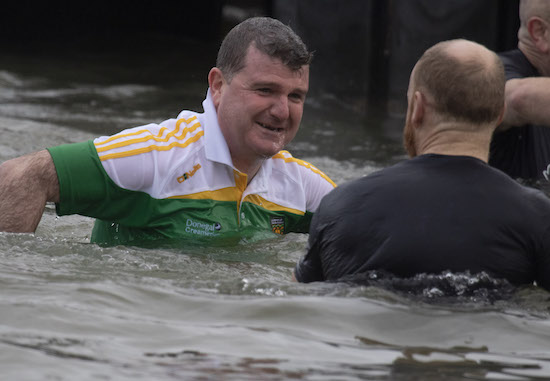 Cllr John O’Donnell takes the plunge at the Polar Plunge in Rathmullan in North Donegal in aid of the Special Olympics. 9North West Newspix)