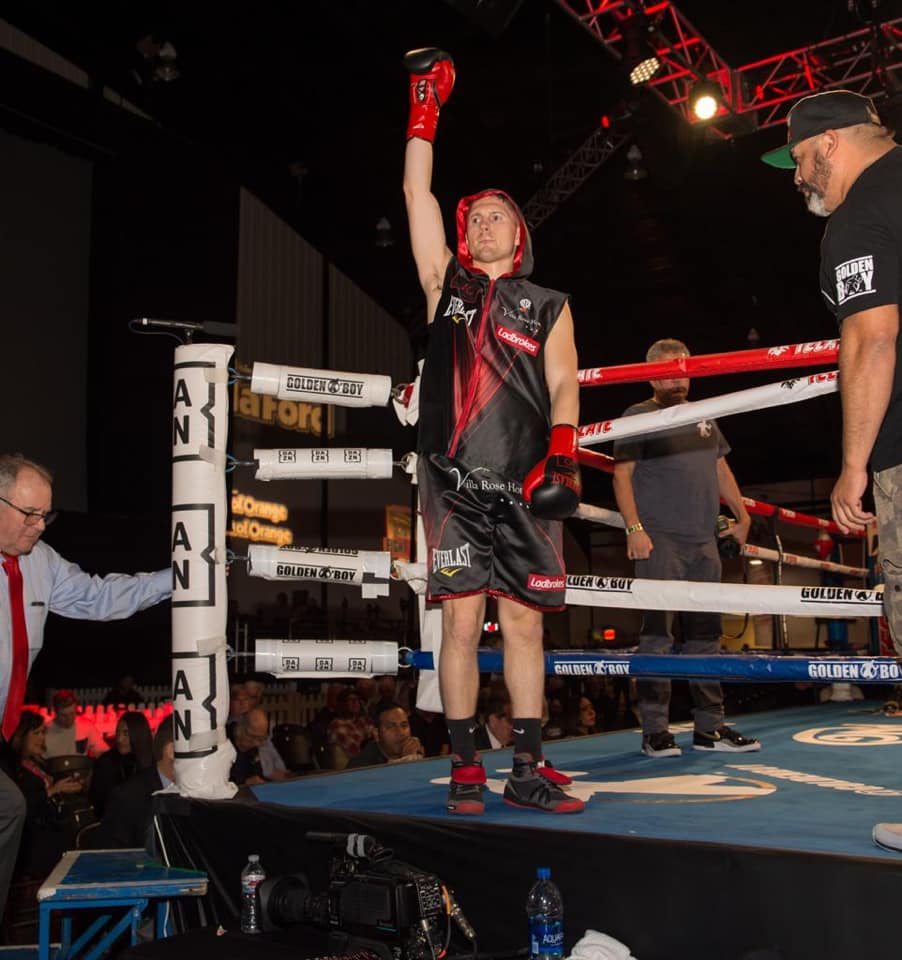 JASON Quigley will get back to action in early 2020 with a February return likely ahead of potentially huge fights for the Donegal puncher.

Quigley – pictured by Valentin Romero – moved to 17-1, 13KOs on Thursday night with a vicious third round stoppage of Abraham Cordero in California.

The bout was at super-middleweight and Quigley felt more at ease, weighing in at 164lbs.

“We’ll have a belt on the line in the next couple of fights for me – and then it’s onto a world title.”

Quigley will return home for Christmas, staying in training with Paddy Donovan – who fights on December 20 – before taking in a training camp with new coach Andy Lee in January in Los Angeles.

Lee was satisfied with Quigley’s showing.

“It was a good win against an experienced, season opponent, who doesn’t get stopped,” he said.

“It was important that he looked good and there were a couple of signs of improvement.

“You could see that he was focussed and he got the guy out of there.