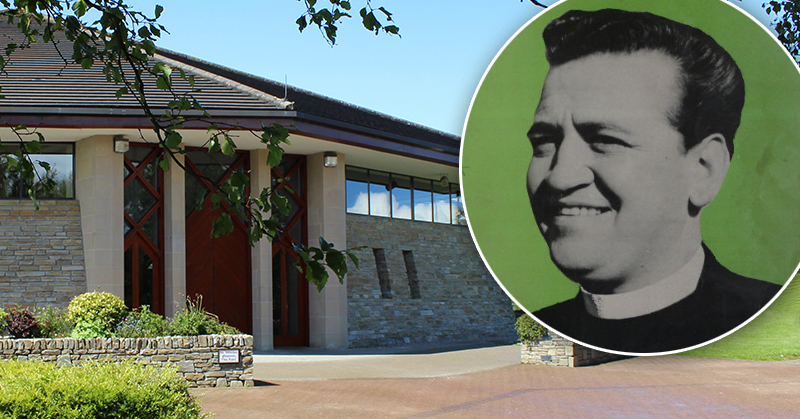 Funeral to be held for the late Fr. Frank McHugh

Funeral Mass will be held this Monday for the late Father Frank McHugh, who sadly passed away on Friday, aged 88.

Born in Glasgow, he had close Donegal connections through his parents, Anton McHugh from Milford and Annie Kelly from New Mills.

Growing up, Donegal was a ‘home from home’ for Frank and his family. He was ordained in 1956 and eventually moved to Letterkenny in 2004.

Not only was he a priest, but he was highly-educated, had many creative talents and a passion for history. In 2017 he launched a book ‘Gleanings from Glendowan, Gartan, Glenveagh’, exploring the culture and folklore of his grandmother Bridget Kelly’s homeplace.

Fr McHugh was also well-known for his outstanding singing voice. He was a regular performer in music halls and recorded a number of records.

In recent years, Fr McHugh remained an active member of the church and regularly assisted the clergy of St. Eunan’s Cathedral and the Church of the Irish Martyrs in Letterkenny.

He passed away on Friday, 6th December in Archview Lodge Nursing Home, Letterkenny.

Funeral Mass will be held at the Church of the Irish Martyrs, Ballyraine on Monday, 9th December, at 12 noon. Interment afterwards to the family plot in Conwal Cemetery.

House strictly private on the morning of the funeral to the immediate family.

Funeral to be held for the late Fr. Frank McHugh was last modified: December 8th, 2019 by Staff Writer
FacebookTweetLinkedInPrint