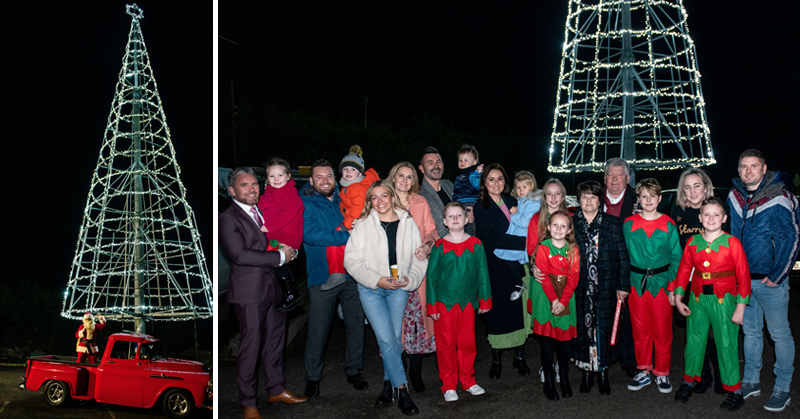 Santa Claus paid a special visit to Muff in Inishowen this week to switch on Ireland’s biggest Christmas tree.

The 64ft-tall steel Christmas tree boasts over 4,500 Christmas lights and shines over the border village from the new Solis MMC Children’s Services centre.

Around 200 members of the local community of all ages attended the big Christmas switch-on of the famous roadside structure at the Solis MMC HQ on the site of the former Mary Deeney’s bar and restaurant – the first since the closure of the licensed premises in 2013. 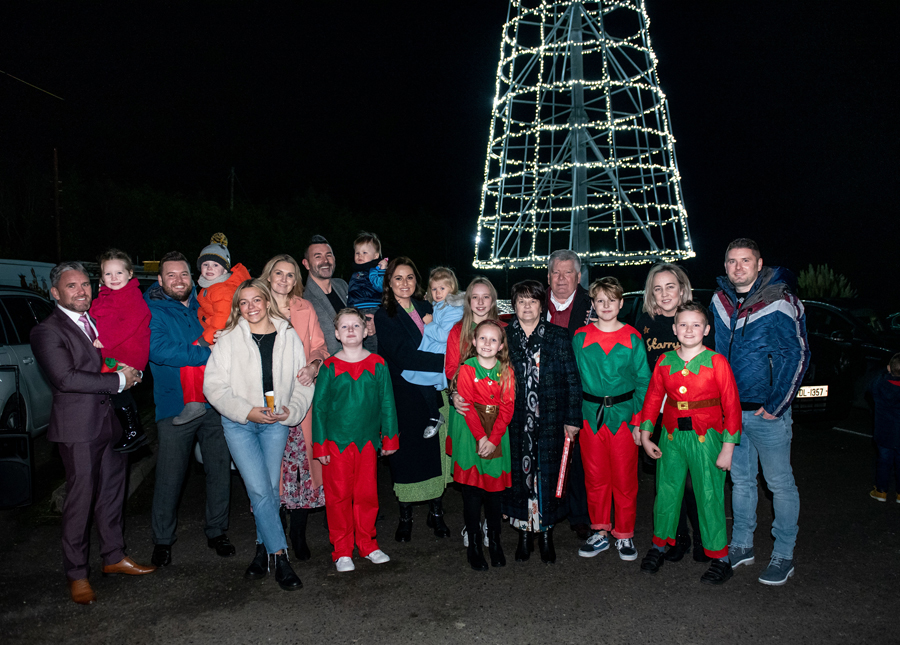 Members of the McCaul family from Solis MMC Children’s Services, pictured at the lighting up ceremony at the organisation’s new HQ in the fully refurbished former Mary Deeney’s bar and restaurant near Muff, Co Donegal.

The decoration and lighting up of the festive landmark was a joint undertaking by the McDaid and McCaul families.

The once annual charity switch-on on the banks of Lough Foyle previously attracted many hundreds of festive revellers from far and wide and was performed by celebrities including Coronation Street star Johnny Briggs who played Mike Baldwin.

The opening of Solis MMC’s new state-of-the-art office facility has breathed new life into the community and the addition of more than 4,500 Christmas lights on the striking artificial tree will spread plenty of festive cheer this holiday season. 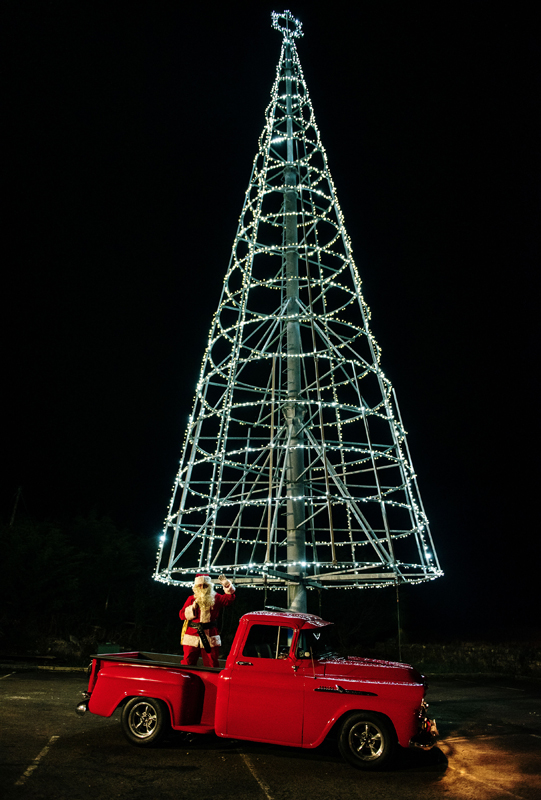