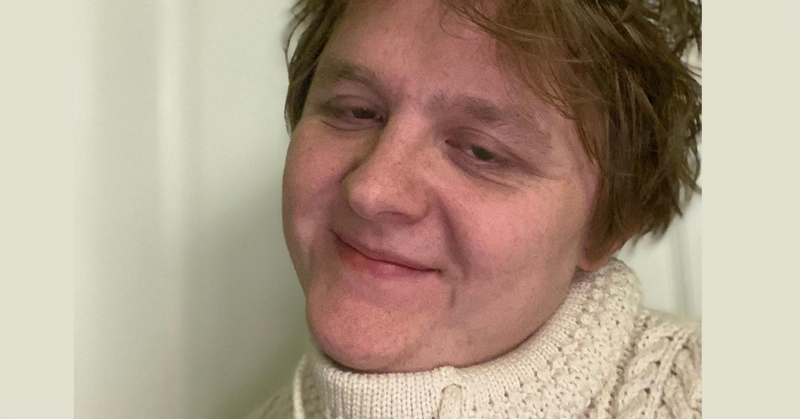 Superstar singer Lewis Capaldi has revealed that he has close family ties to Donegal.

The 23-year-old chart topper may be a proud Scotsman, but his Irish links are also strong.

And he puts his pale skin down to his Donegal heritage.

Capaldi told Today FM’s Ian Dempsey that his mother’s side of the family is from Donegal.

The ‘Someone You Loved’ singer said his mother’s grandmother, or great grandmother, moved over to Scotland years ago, while his dad’s great-great-grandfather came from Italy and started an ice-cream business.

A regular joker, Capaldi had some funny ideas of how his parents’ romance began.

“I haven’t heard the story of how my mum and dad met but I’m sure it goes something like: Irish people love ice-cream,” he said.

After learning the Irish word for ice-cream, he quipped: “My mum loved my dad’s uachtar reoite.”

Capaldi’s stardom has grown as quickly as his social media following this year, with millions of fans loving both his music and hilarious Instagram posts.

His new single ‘Before You Go’ went to number one last week to make Lewis the artist with the most number 1 singles of 2019 in Ireland. He will be returning to Ireland for two Dublin shows in March 2020.