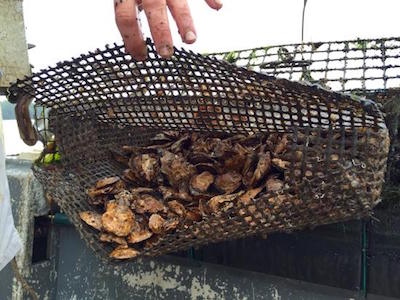 The ‘Save Ballyness Bay’ community action group has announced plans to appeal the 14 licences granted for their beloved bay.

Fourteen of 18 applications for licenses to create clam and oyster farms in Ballyness Bay in Cloughaneely were granted by the Department of Agriculture, Food and Marine last week.

The licenses are for a mix of farming Pacific Oysters using bags and trestles and clams on wooden trays under mesh.

The decision was met with shock and anger by the ‘Save Ballyness Bay’ committee, who did not want aquaculture farming in an area they are citing as one of outstanding natural beauty and invaluable to the local tourism sector.

A committee meeting took place in Falcarragh on Thursday night, where members voted overwhelmingly to appeal Minister Creed’s decision as a citizens group.

A statement from the group said: ” It is too early to speak about this process. However Save Ballyness Bay community action group assure the public that it will be discussed at an appropriate time and in an appropriate forum. SBB believes that it would be premature to discuss the details of this matter at this time.”