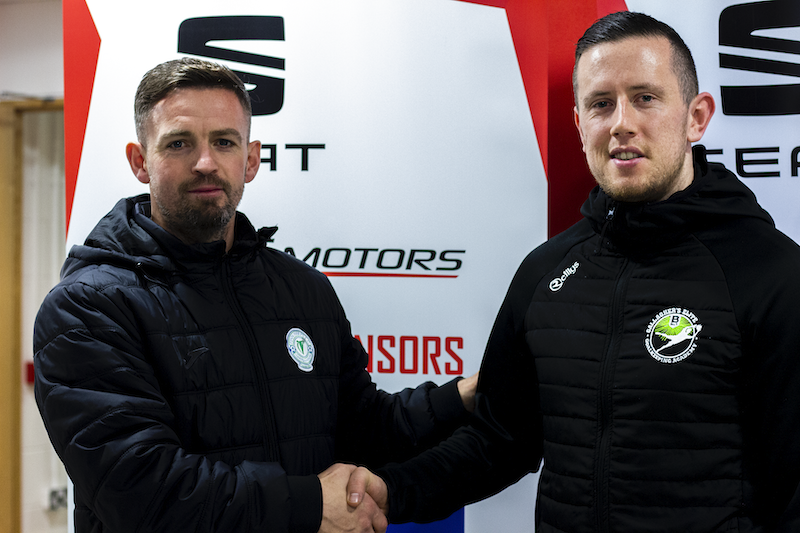 JUST over a week after announcing that he was stepping away from the Finn Harps first team, Ciaran Gallagher has been appointed to a new role in the club.

Gallagher, who made 251 appearances in two spells at Harps, has been appointed as Head of Goalkeeping in the Finn Harps underage setup.

The 27-year-old Raphoe man had an injury hit season and confirmed his intention to concentrate on his coaching career.

Gallagher has been running a Goalkeeping Academy for some years and brings his coaching background, as well as his considerable League of Ireland experience to the new role,

“The decision to step away from playing wasn’t an easy one- but once Kevin McHugh got in touch about the Academy role it was an easy one to get involved and I can’t wait to get started,” Gallagher said.

“I’ll be overseeing the development of all keepers in the Academy, assessing strengths and weaknesses and helping them to improve.

“It’s a big responsibility but I am looking forward to it.  I have built up a lot of experience of different techniques and training in my Academy and through my League of Ireland experience as well.

“I’m looking forward to passing that on and working with the talented keepers at the club to help them develop and push them on.”