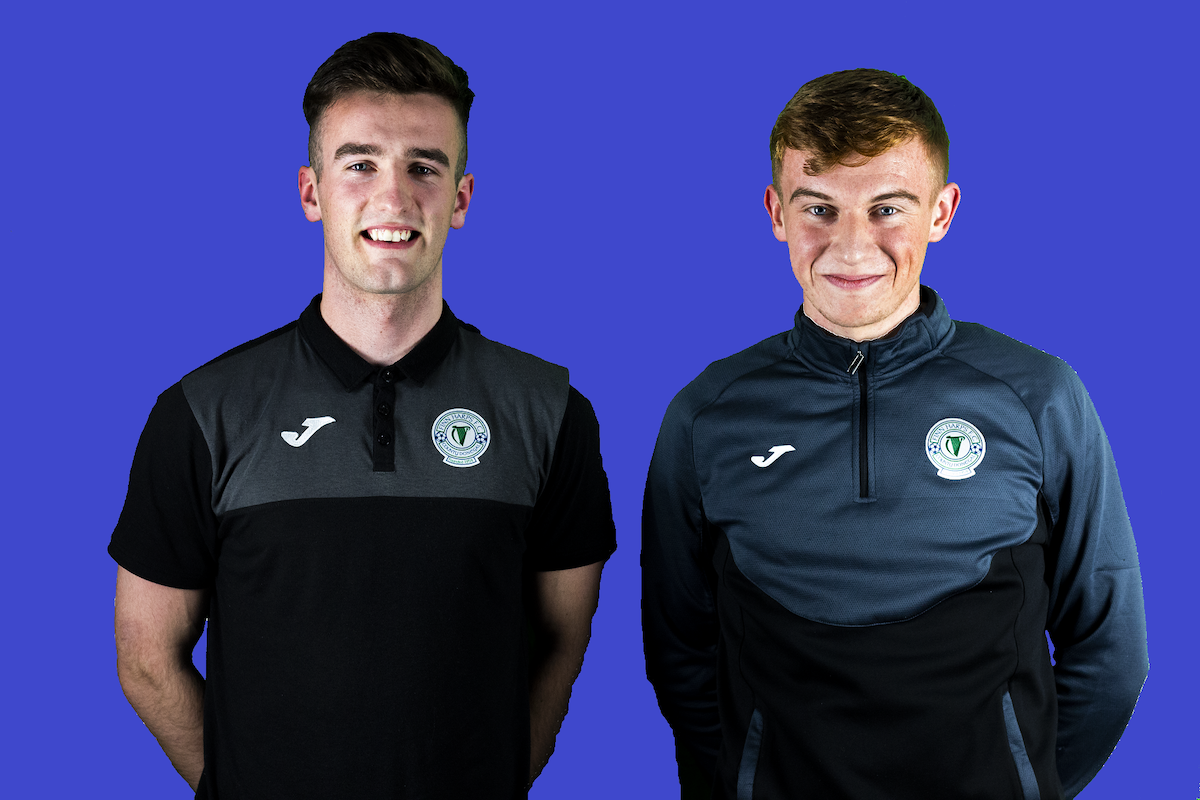 TWO OF Finn Harps’ promising youngsters have been elevated to the first team squad for the 2020 season, the club has confirmed.

Stephen Doherty and Kieran Farren have made the move from the Harps Under-19 squad, both having already made their marks in the senior ranks.

The Inishowen duo featured in first team squads last season and will be looking to work their way into bigger roles as 2020 progresses.

Farren made his first Harps appearance in the last league game of 2019 at the Brandywell, while Doherty marked his first team debut with the winning goal against Sligo in an EA Sports Cup game at the start of April.

Doherty, a midfielder, said: “From the day you first sign for the club your aim is to step up and sign for the first team.

”It’s just about getting in for preseason and trying to prove a point and hopefully play as many games as possible and help the team out”.

Defender Farren said “It feels great to sign for the season ahead.  I’m looking forward to getting in for preseason, start well and hopefully get a good preseason under my belt.

“Since I came into the club everyone has been welcoming so I am glad to remain for another year.

“I want to play as much as possible but I know it’s going to be tough, I need to work hard and get a good preseason done and take it from there.”