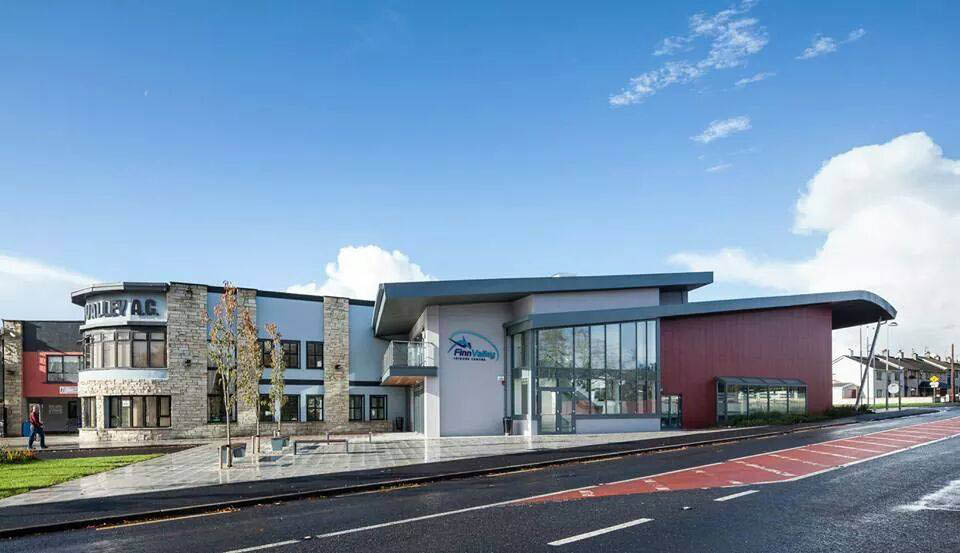 Exclusive: Irish boxing team to use Donegal as training base for 2020 Olympics

THE IRISH boxing team will use Donegal as a base to prepare for the 2020 Olympic Games, Donegal Daily/Donegal Sport Hub can reveal.

The Irish boxers will prepare for their medal assault in Tokyo at the Finn Valley Centre (pictured above) in Stranorlar.

The IABA’s High Performance Director, Bernard Dunne conducted a site visit two weeks ago and has agreed to using the venue as a training base.

The boxing team – including the likes of world champion Kelly Harrington, European Games medallists Kurt Walker, Regan Buckley and Michaela Walsh – will base themselves in the Twin Towns for training camp.

It is also expected that the centre will host an international tournament with the Irish team to face opposition from other nations.

Dunne, the former WBA world super-bantamweight champion, was impressed by the venue, which houses a large sports hall, gymnasium, a 25-metre swimming pool, a tartan track and a jogging trail.

The nearby Drumboe Woods are also an attraction for boxing chiefs who are looking to sharpen the tools of their aces ahead of Tokyo.

“It’s a great boost to the Finn Valley Centre and also for the county that the boxers have decided to use the centre as a base,” Patsy McGonagle, the Finn Valley AC Chairman, said.

“Boxing is Ireland’s most successful Olympic sport in terms of medals. Bernard made contact some months back and we have stayed in touch since.

“It’s fantastic to see the boxing team coming out of Dublin and using a facility such as ours in the run-up to Tokyo.

“The local economy will benefit greatly from this also and the likelihood of other nations coming to the area with teams is a major coup for Donegal.”

The tartan track at the Finn Valley Centre

Dunne and McGonagle first met at the 2000 Olympic Games in Sydney. McGonagle was the manager of the Irish Athletics team while Dunne – who did not qualify for the Games – was in Australia to aid the preparation of Michael Roache, who was Ireland’s only boxer in Sydney.

In subsequent Games in Beijing, London and Rio, Ireland qualified five, six and eight boxers, with seven medals won; three in 2008 and four in 2012, including a gold for Katie Taylor.

Recently, Dunne said of his hopes for the next eight months: “We’re trying to get it that at every weight division where we’ve got more than one athlete who can perform at the highest level.

“This is a good team, this is what we want. You want several athletes at the one weight division who can push each other to perform.”

The Finn Valley Centre has a strong history with the sweet science.

It was a former home to the Twin Towns Boxing Club before the Finn Valley AC moved in. For several years, the Finn Valley ABC was based at the venue, where the likes of middleweight professional Jason Quigley cut his teeth.

On his way to winning European gold and World silver medals in 2013, Quigley was on a 32-fight winning streak, which began with a win over Chris Blaney at the Finn Valley Centre on March 16, 2012.

Exclusive: Irish boxing team to use Donegal as training base for 2020 Olympics was last modified: December 12th, 2019 by Chris McNulty

Campervan failed to stop after colliding with...

Man saved after falling from vessel off...