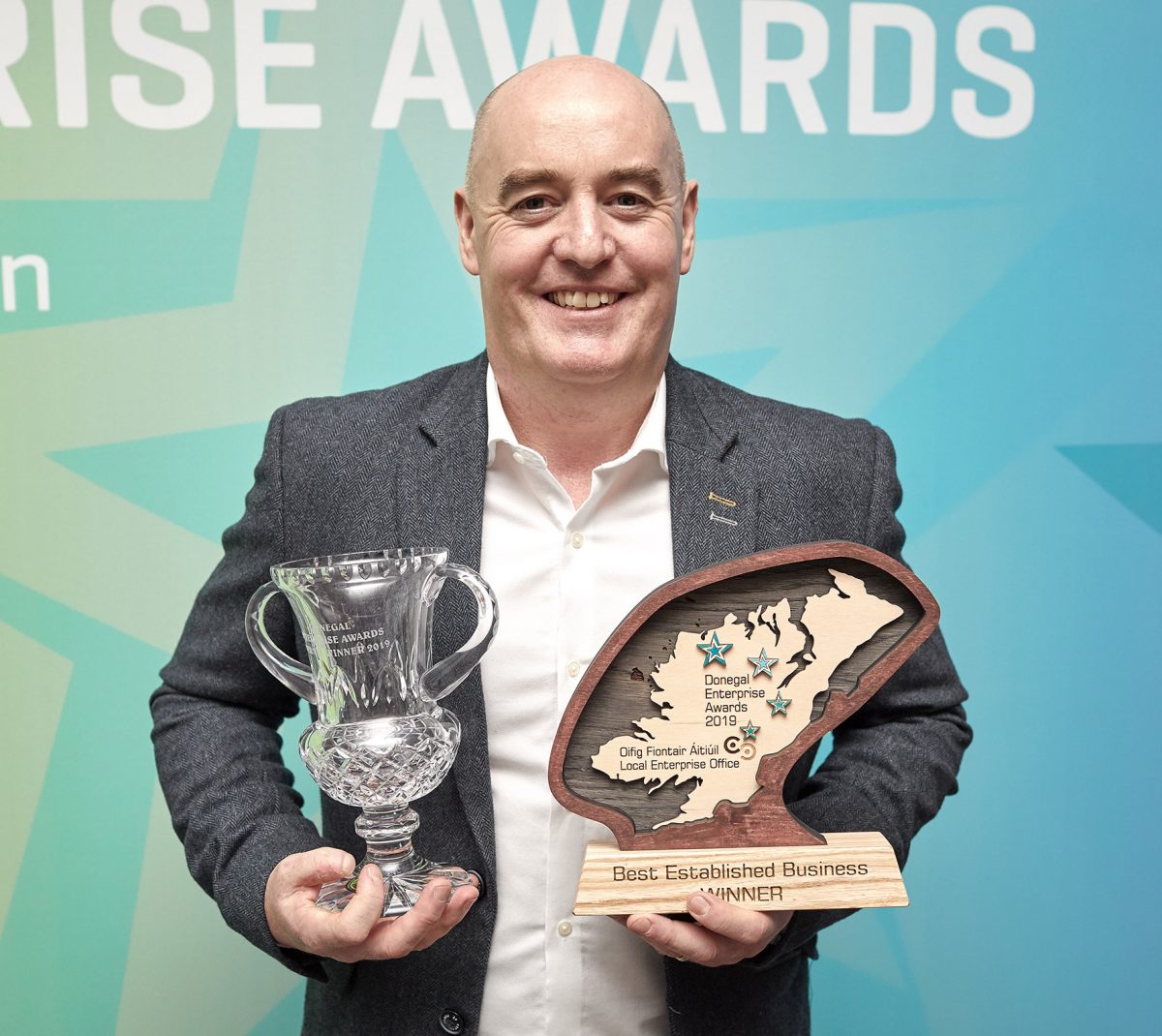 The overall winner of the 2019 Donegal Local Enterprise Awards, James Coyle of JC Engineering, has expressed his delight at scooping the prestigious title.

Sixteen finalists were in contention for awards at the ceremony held in Letterkenny’s Radisson Blu’ Hotel on Friday last when a total of 8 awards were presented on the day.

O’Donnell’s Bakery were named as Runner-Up in the Best Established Business category, while there were four new awards presented this year.

Lynn Costello Erskine of the Pear in Paper took the prize for Innovation; Eileen Rafferty and David Stevens of The Bothy scooped the Creative Coast prize; Sara and Philip Moss of Filligan’s won the Food Coast category, while Hugh Wilhare of Mulroy Bay Mussels captured the Export Award.

In the Start-Up business category the top prize was presented to Cathal Sheridan of Huku Balance, with Kieran Murray and Conor McGrath of Thinstone, Donegal taking the runner-up prize.

All of the finalists were given a presentation for reaching that stage of the competition and other finalists included Siobhan Boyle of Sculpt Cosmetics; Mark Bolton of Bolt On; Conor McLaughlin, McMorrow & McLaughlin Solicitors; Pat Lafferty, Multi-Crete Agri Products; Derek Walker, Nat Noot; Andrea Kelly, On the Go Coffee Co; Ciara Shine, Shine’s Seafood and Jessica Peoples of Zona Dance.

Speaking afterwards the overall winner James Coyle said he was really surprised to have taken the top prize.

“It’s great to be the overall winner. It is a big surprise for me. I am very grateful to be picked. I was very nervous to be coming up here and very hesitant about putting myself out there, but I am glad I did because it is a great result for me and for the company,” he said.

Mr. Coyle said entering the competition had been an opportunity to reflect and to look forward to the future.

“Whenever you are on the floor and you are focused on what is happening today, you maybe lose sight of the bigger picture. You may not plan for the next five years as you should, if you are too busy in the moment.”

JC Engineering’s plans include a new produce they brought earlier this year to the Ploughing Championships where, James said, it received a great reaction and they received great feedback.

“We have a new product that we hope will bring sales to the company. We were at the ploughing championships with it and that was the first step, but a very positive first step. We got a lot of contacts over the UK and Ireland and great feedback and for us being at the ploughing in 2019 was the place to be.”

Delivering on the potential will, he says be down to what he called his ‘brilliant’ staff.

“We are extremely lucky and over the years we have had brilliant workers. Their dedication and loyalty is second to none. Without them I wouldn’t be standing here today, it’s as simple as that.”

In their addresses, Cathaoirleach Nicholas Crossan, Chief Executive of Donegal County Council, Seamus Neely and Head of Enterprise in Donegal, Michael Tunney, all referred to the determination and resilience that Donegal businesses have shown over the years.

In his concluding comments, the Head of Enterprise said he would love to see that resilience matched by other qualities.

“At a conference we hosted earlier in the year, I asked the question of why we don’t achieve more? I would love to see the resilience we have in abundance matched with greater ambition. I have no doubt the type of positive people we have in the room today are the people who can help us achieve that vision,” he said. 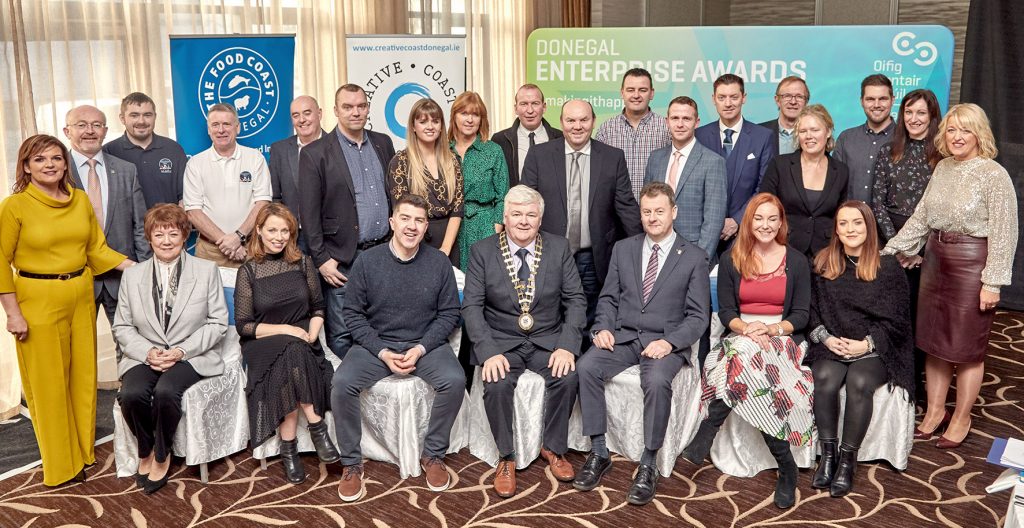 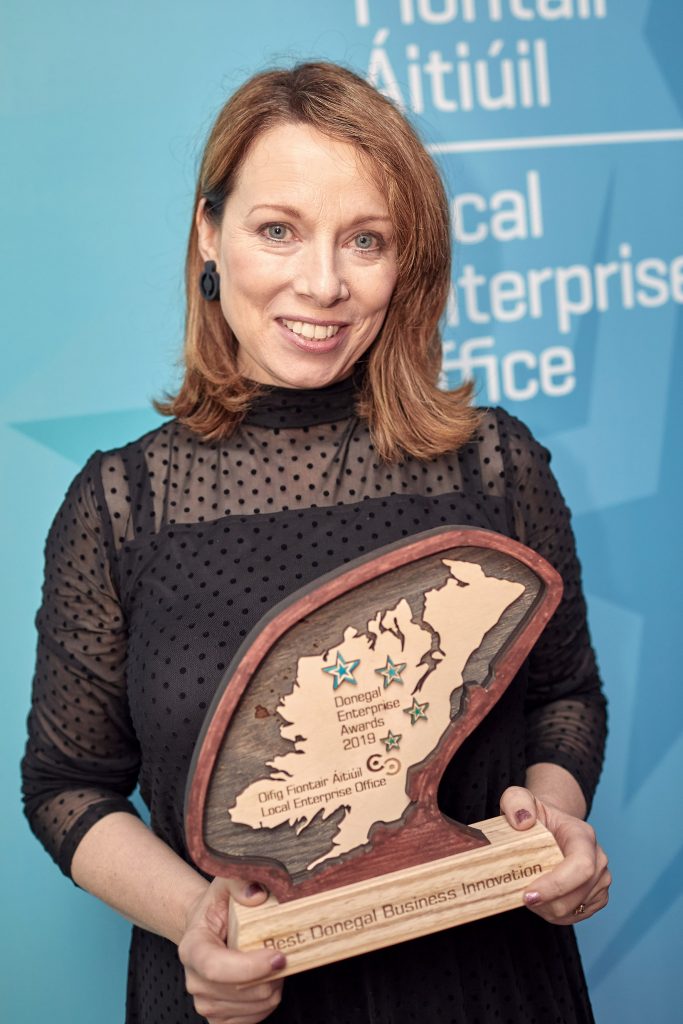 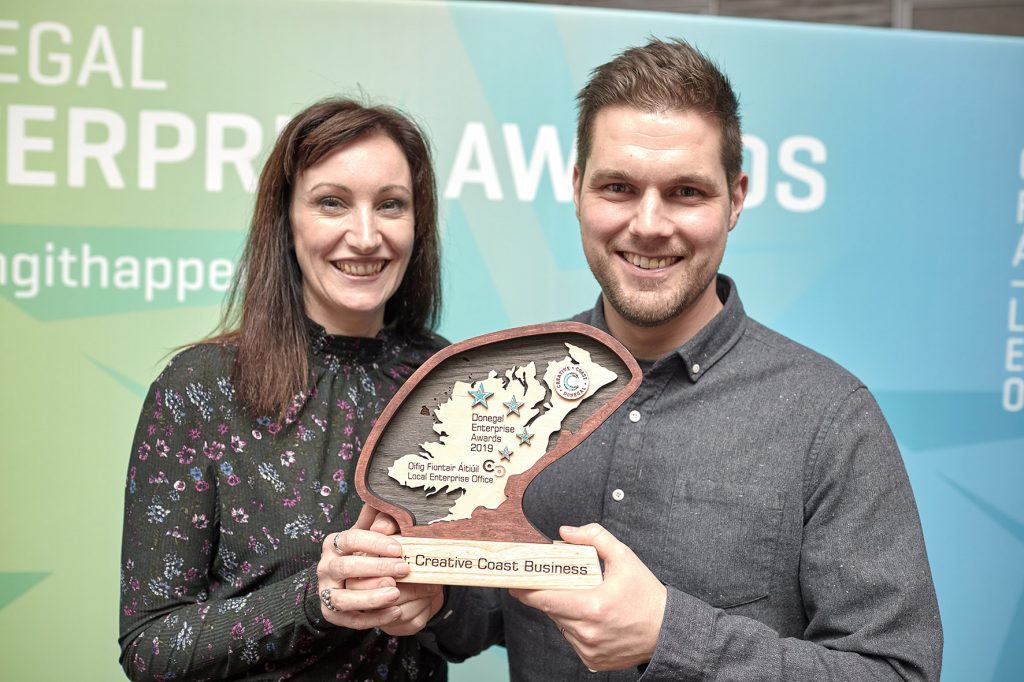 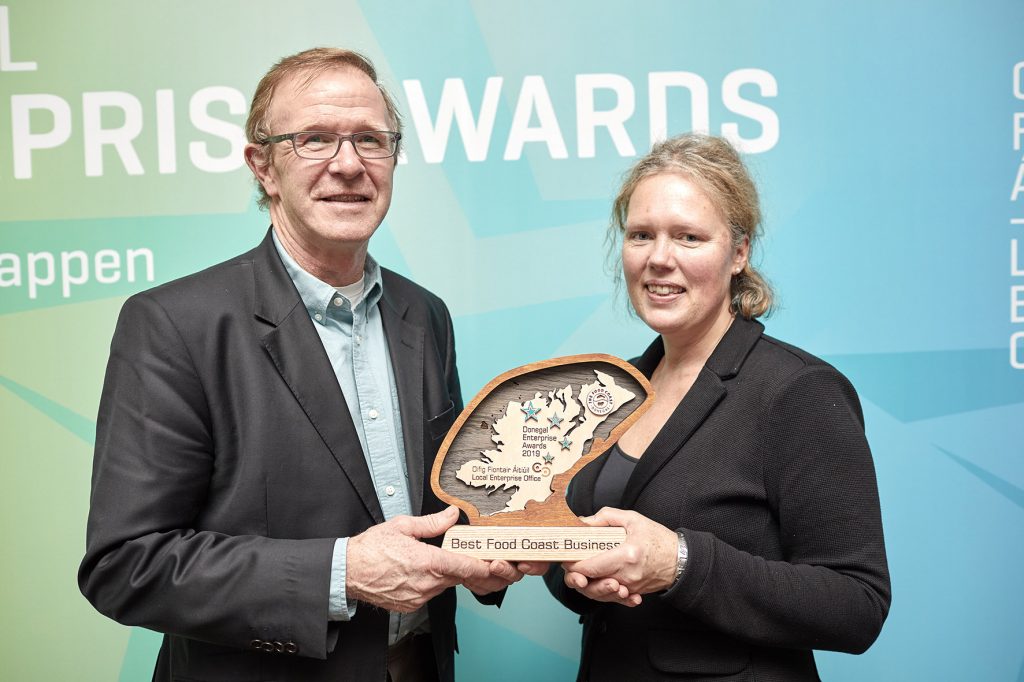 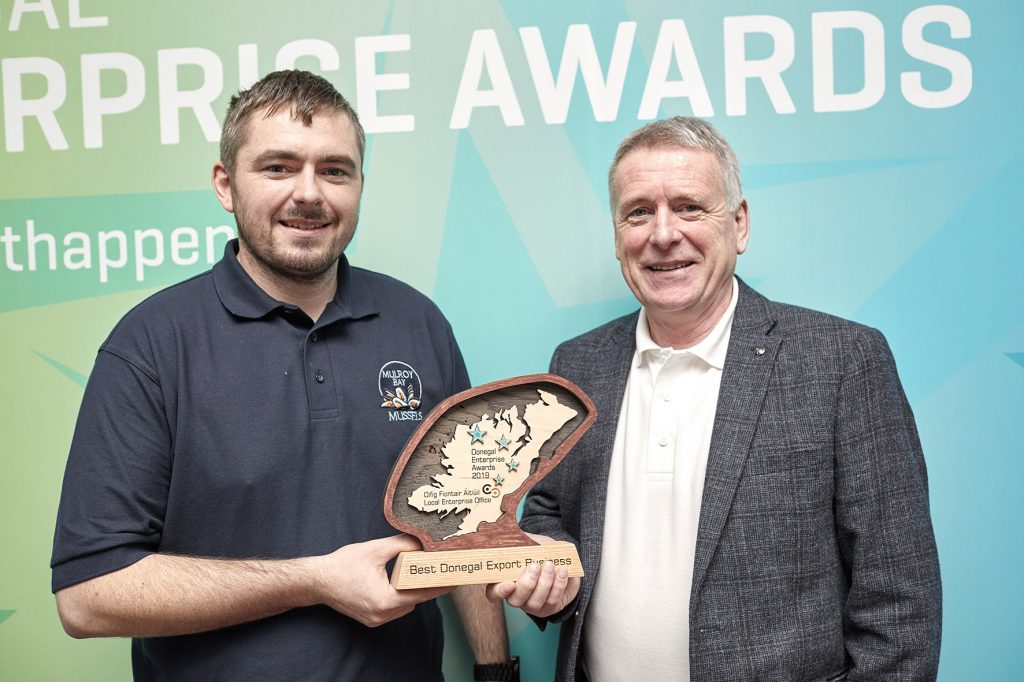 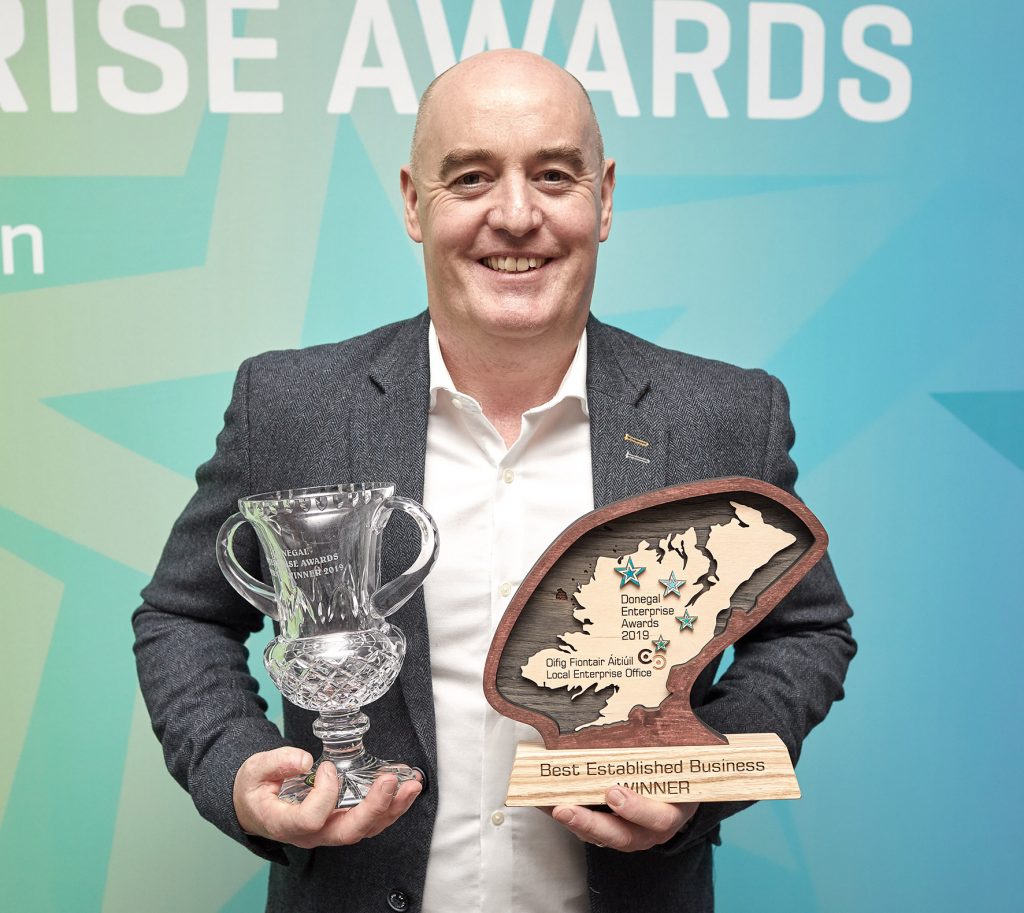 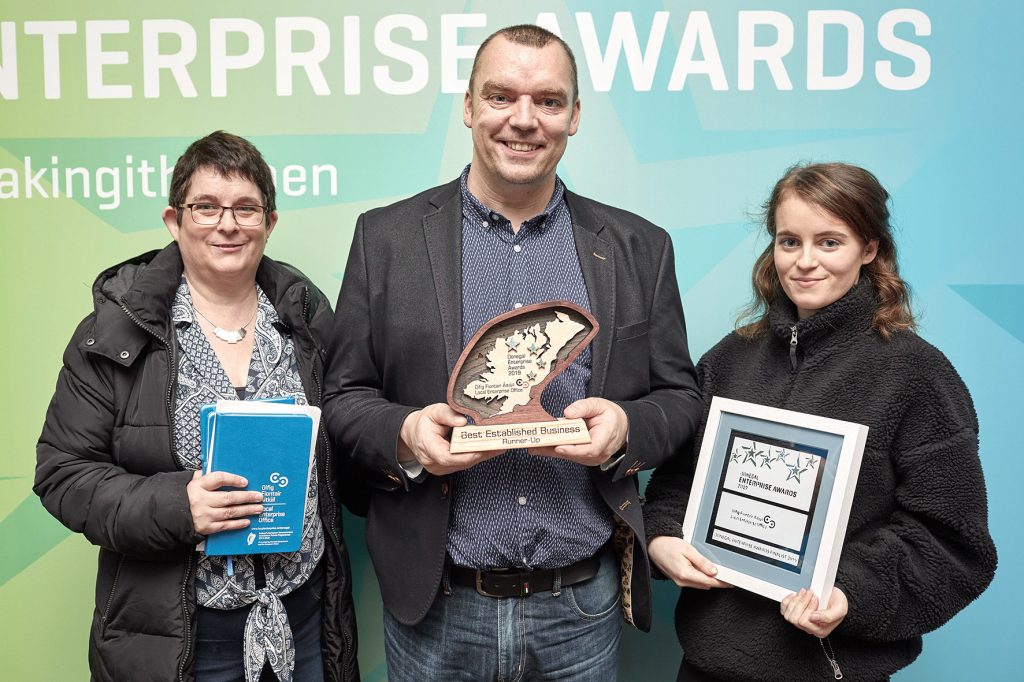 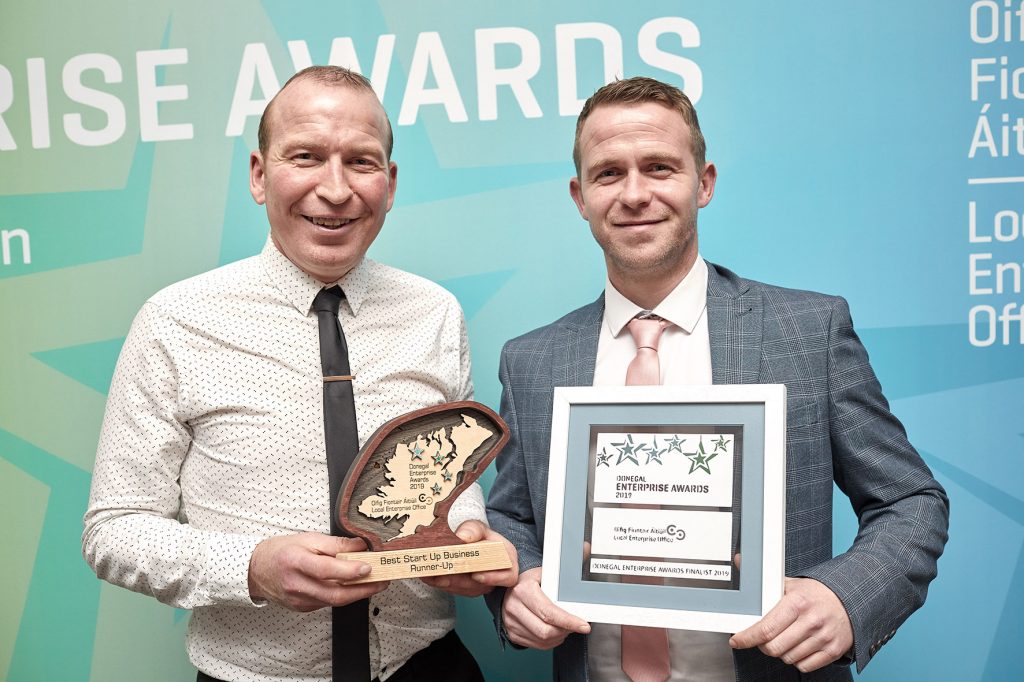