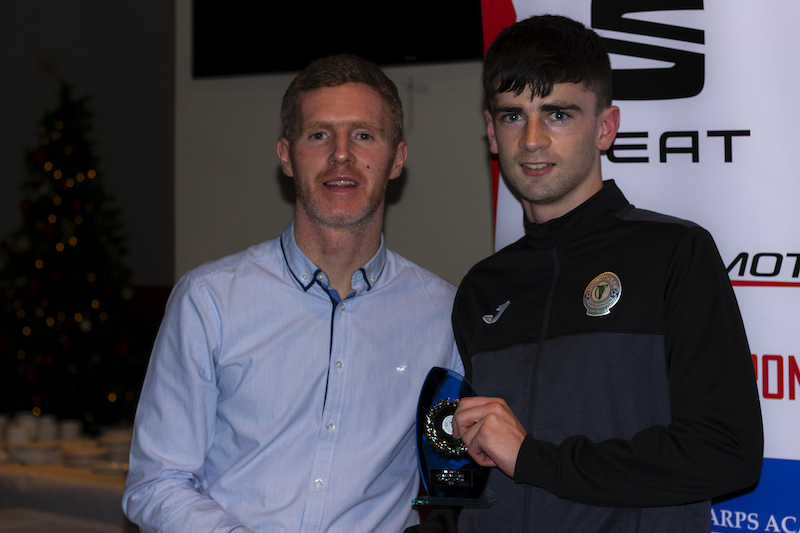 THE Finn Harps National League underage Awards took place at Arena 7 on Saturday night as the club marked another excellent year on the underage front.

Head of Academy Kevin McHugh said: “It’s important we celebrate and award players for going that extra mile and being brilliant role models within their groups.

“We have seen great development within each age group this year in terms of technical ability and growing into their positions on the pitch.”

McHugh was also sure to mention the contribution of the coaches at the club.

He added: “This is something that we want to continue to build on each year, not only are the players improving but so are our coaches and as Head of Academy I’d like to praise the dedication and commitment of all of our coaches”

Player of the year: Jamie Harris

Player of the year: Conor Black

Player of the year: Jack Doherty

Player of the year: Pat Loughrey