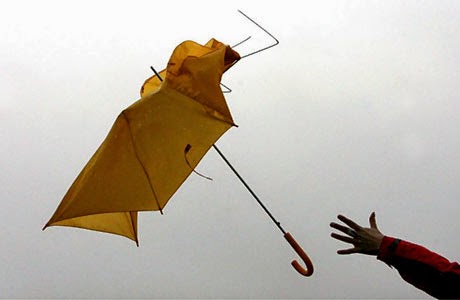 The nationwide warning takes effect from 7am until 4pm.

There is a chance of some “severe and damaging gusts” in areas, with heavy squalls of rain affecting road conditions.

AA Roadwatch warns: “Strong cross winds may affect control of your vehicle and push you off course – bear in mind that road users such as cyclists are especially vulnerable, so give them a wide berth. Expect wind-blown debris, especially on secondary routes.”

The rain is expected to clear eastwards early in the afternoon with a mix of sunshine and scattered showers following behind, some of the showers heavy with hail and thunder.

Tonight will also be cold and blustery, according to forecasters. Temperatures will drop to 0C in areas, bringing a slight risk of frost.