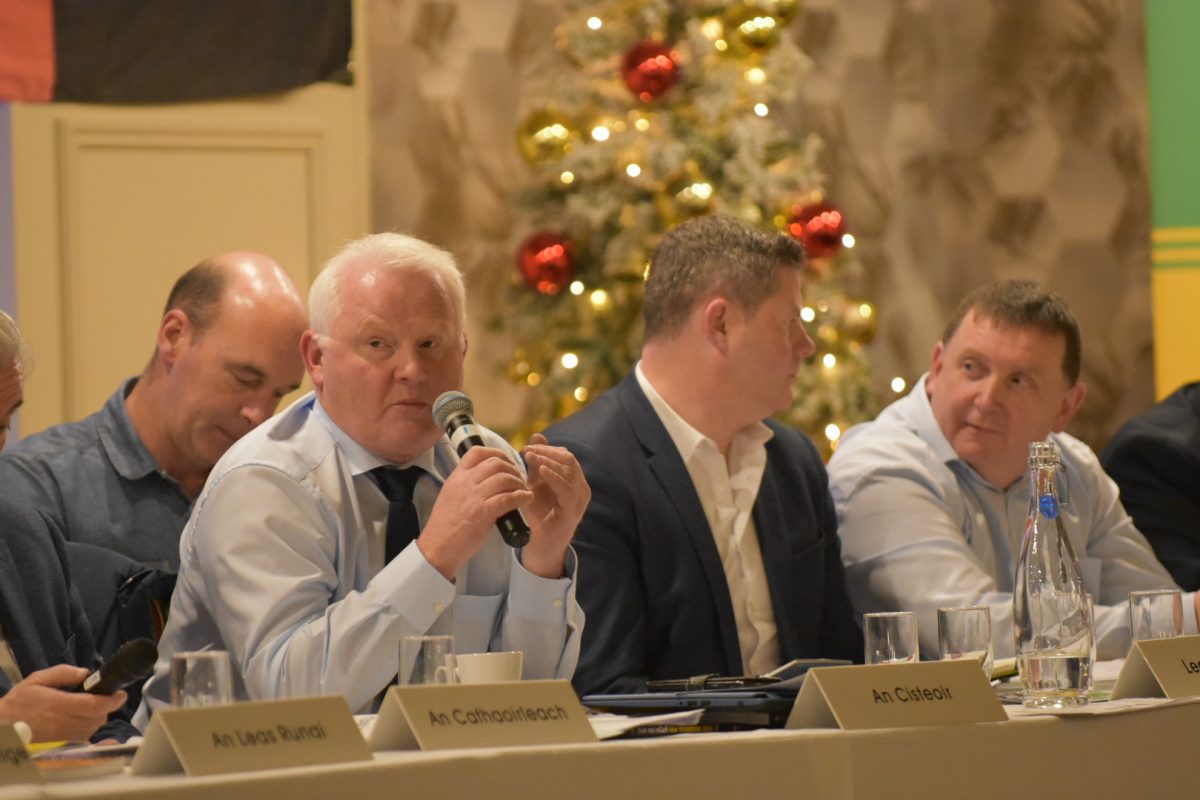 DONEGAL’S team expenditure dropped back beneath the €1 million mark in 2019.

Although Donegal won the Ulster SFC and had a Division 2 League final in Croke Park, their team administration expenses showed a drop of almost €58,000 in 2019.

Donegal spent €949,270 out of a total expenditure of just under €1.4 million preparing their county teams.

While Donegal’s accounts showed a profit of €311,430, Treasurer Alan Boyd (pictured above by Geraldine Diver) warned delegates at tonight’s convention that €300,000 of that was due to be paid towards the continued development of the Donegal GAA Training Centre in Convoy.

“We are just just about breaking even,” Mr Boyd said.

“That money will be gone. We have to get Convoy finished and we must get our shoulders to the wheel. We have a €100 house draw and we need 5,000 tickets to break even. If we don’t get it over the line, we will be in a black hole again.

“There is too much of a casual attitude to this draw.”

Former Donegal player John Cunningham, speaking as a delegate for the Killybegs club, asked about the historical debt.

“For the good name of the county, we would hope that our smaller creditors are looked after,” the 1992 All-Ireland winner said.

Mr Boyd said that there had been one creditor who had been owed €38,000, going back to 2016, but he added: “All of the historical creditors are paid.”

While the Donegal GAA balance sheet shows creditors and accrued expenses of €482,278 (down from €603,299 the precious year) and net current assets/liabilities of -€191,241, Chairman Mick McGrath added: “I’m confident that our finances are in a manageable situation and regular meetings with our bankers and the finance department in Croke Park has brought the correct professional attributes to our accounting policies.

“This must be maintained going forward. Donegal has managed 3.5 million euro through their books in 2019.

“There has been a few increases that needs addressed, but there has been many reductions and well-managed areas that should not go unnoticed.”