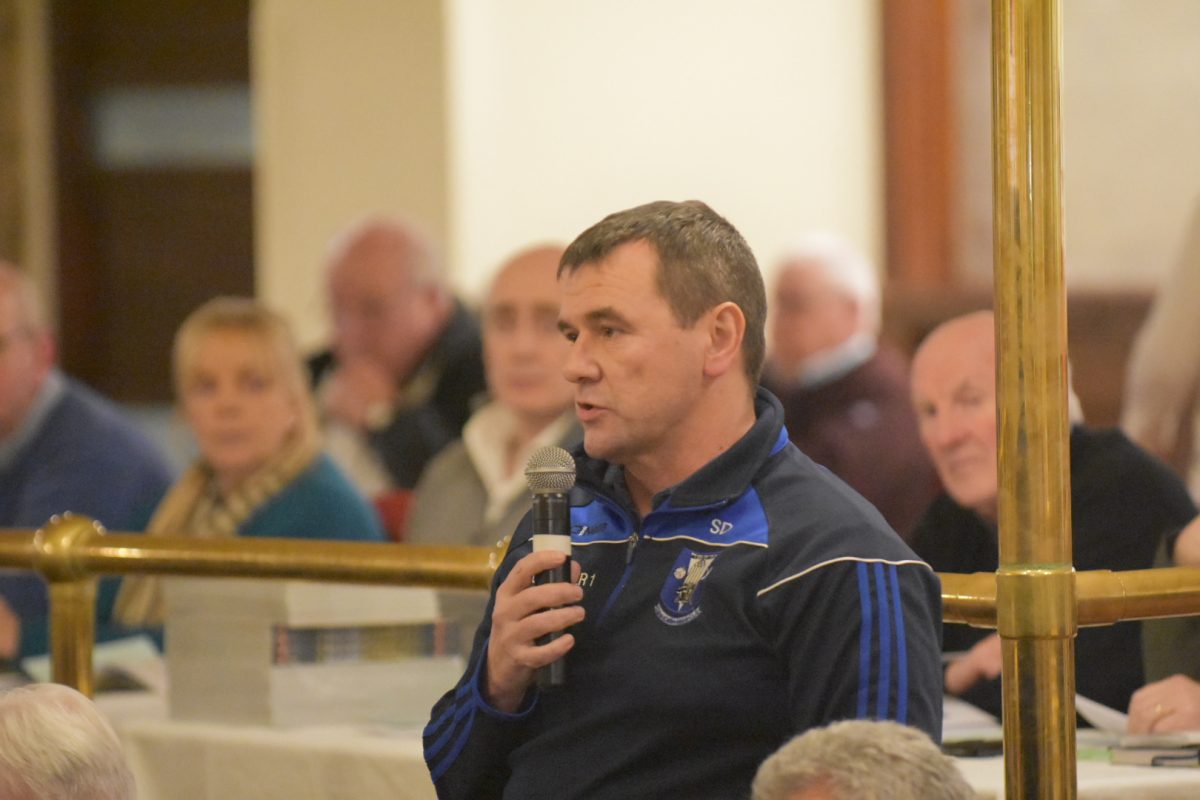 Dunnion was Donegal County Board Chairman from 2013-17 and returns to the top table having been absent since he vacated the Chairman’s seat at the 2017 convention.

Declan Martin succeeded Aideen Gillen as county secretary with Martin’s role as assistant secretary remaining vacant with no nominees for the role tonight.

Dunnion saw off competition from PJ McGowan and Ed Byrne. Dunnion took 58 first preferences, with Byrne getting 66 and McGowan 37.

When McGowan’s votes were redistributed, Dunnion went up to 80 and Byrne to 76, meaning Dunnion was elected without reaching the quota of 81 votes.

“I want to thank the clubs and the delegates who supported me; it is really, really appreciated,” Dunnion said.

“It was a hard campaign. The closeness of the vote shows that. It was contested in the right spirit.”

Dunnion paid tribute to the outgoing Ó Domhnaill, who took one of the Ulster Council positions.

He said: “I worked with Seamus for three years when I was chairman. He represented the county really well in Croke Park and I hope to take the mantle now on behalf of the county.”

Tributes were paid to the outgoing Gillen, Martin and Ó Domhnaill, who each completed five years in office, but the latter two return to the executive.

CCC Chairman Frankie Doherty said of Martin: “I wish Declan all the best. I worked with him for the last four years.

“There wasn’t a bad word between any of us in the CCC. I would go as far as to say as we were the best CCC in the country. Whoever comes in to follow him will be following a hard act.”

Ó Domhnaill took 93 first preference votes in the Ulster Council delegates race and will be joined by PJ McGowan at provincial level.

Ó Domhnaill was elected with a surplus of 41 on the first count.

Liam McElhinney was eliminated and the distribution of his votes came PJ McGowan and Brendan Kelly neck-and-neck on 42 votes, before McGowan went to 49 and Kelly to 47.