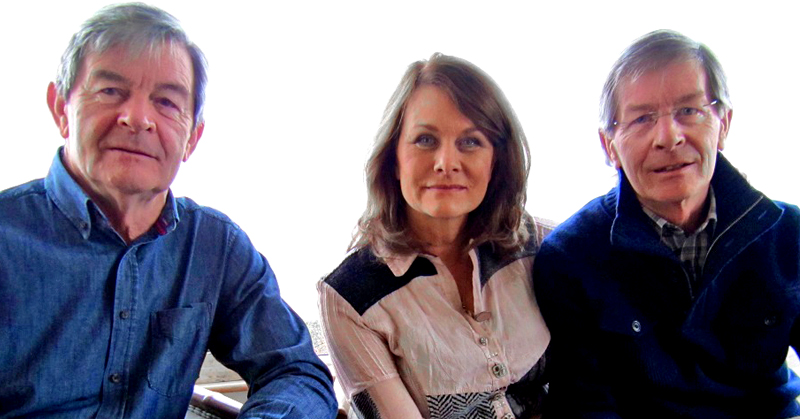 Listen: The Pattersons get into the Christmas spirit with new single

The Patterson siblings from Letterkenny are celebrating Christmas with a new single this year, called ‘Christmas Angel’.

The cheery tune is out now for download and a sweet festive video has been released to accompany the track.

The family song was recorded by Billy, Christine and Ronnie Patterson, who were members of the internationally acclaimed Donegal folk group, ‘The Pattersons’.

The Pattersons performed internationally in the 1960s and 7’s. They appeared frequently on the top television shows of the day including a BBC series with Morecambe and Wise. This year is the Golden Anniversary of their appearance on the comedy duo’s Christmas Special.

The Pattersons retired from showbusiness in the mid 1970s, but Billy, Christine and Ronnie went on to individual careers in radio, television and music therapy.

‘Christmas Angel’ was recorded and produced by Mike O’Dowd, Lakeland Studios and available to buy from Spotify, iTunes, Amazon, and other music platforms.