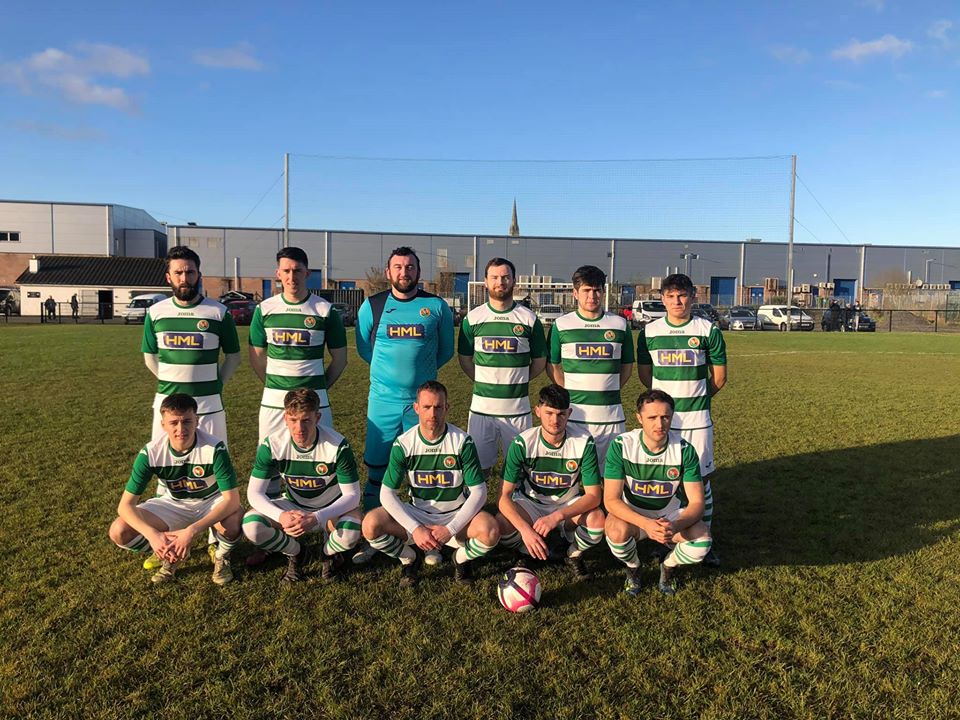 GAVIN Cullen believes that last Sunday’s win over Midleton in the FAI Intermediate Cup could represent a seismic moment for the seven-in-a-row Ulster Senior League champions.

Goals by Stephen Duffy and Laurence Toland gave Cockhill a 2-1 away win in the replay to put them into the last 16 of the competition.

Cockhill will now hope to close 2019 on a winning note when they host Fanad United in the final bmcsports.ie Ulster Senior League game of the year on Saturday (Charlie O’Donnell Sports Grounds, 2pm).

“We were absolutely delighted to get the result,” Cullen said.

“To a man, the squad who travelled were excellent. They really stood up. I felt the team and the squad stood up and matured.

“From the first minute we were hungry, we were chasing and winning tackles. That set the tone for the 90 minutes. In general, we bossed the game.

“We were excellent for the first 30 minutes and I wanted us to get higher up, to ask questions of them. Bar the last five minutes, we played the game in their half and we controlled most of it.

“We had a really tough game. The group is getting stronger and better. We have a lot of quality. It’s a new group but they’re learning and improving every week.”

Toland has scored some big silverware-winning goals for Cockhill and Cullen was delighted to see the Ramelton man back in the thick of things last weekend.

The Cockhill player-manager said: “Laurence has been absolutely brilliant since he came to us. He’s a top, top player.

“He’s been unlucky with injuries, but hopefully this is him up and running now. He scored a wonder goal, chipping the ‘keeper from 25 yards after he controlled a ball and took it around a defender. It was unreal.”

Saturday’s game – now the only action this weekend in the USL – brings an end to the fixtures for 2019, but Cullen plans to keep the Inishowen side active over the festive period.

He said:  “It’s a difficult one. You want to give them a break, but you can’t give too much. We need the right attitude to make sure we don’t come back sluggish. We need to be up to speed when the games come back in January.

“We have Kilnamanagh in January in the Intermediate Cup. We have a couple of games before that and the Christmas break. When it comes up to that game, we’ll think about it and hopefully do ourselves justice. It’s early days, but we’re in confident mood.

“It’ll be great to be involved in those big games and we’re really looking forward to the second part of the season.