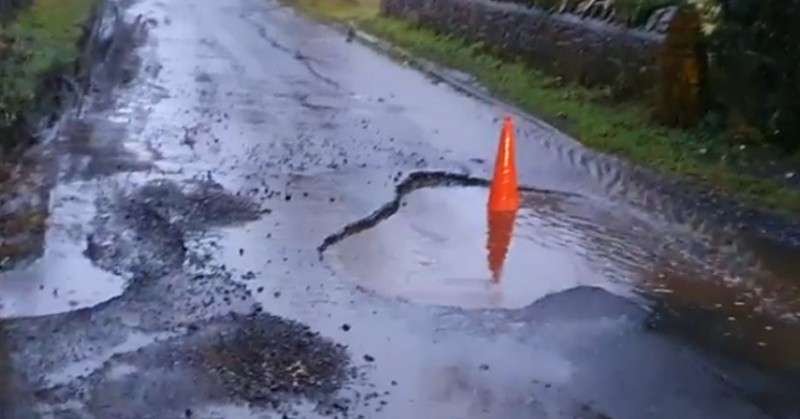 Motorists are being advised to avoid a rural road in East Donegal after a giant pothole emerged following recent flooding.

The deep pothole on the Orchard Road, located on the back road to Strabane beyond Erganagh, has been described as ‘highly dangerous’ and potentially damaging to cars.

Donegal County Council staff were on the scene yesterday to clear a channel and ease the water flow so the hazard can be more visible.

It is hoped that the road can be repaired when the weather permits, said Derg councillor Ruairi McHugh, who has been addressing the issue alongside Donegal county councillor Gary Doherty.

Sharing the video on Facebook, Cllr McHugh said: “I have also raised the issue of the water running from field in the North which is contributing to erosion of the road surface in the South with DFI roads. Best to avoid that road if you can in the meantime folks as it is highly dangerous.”