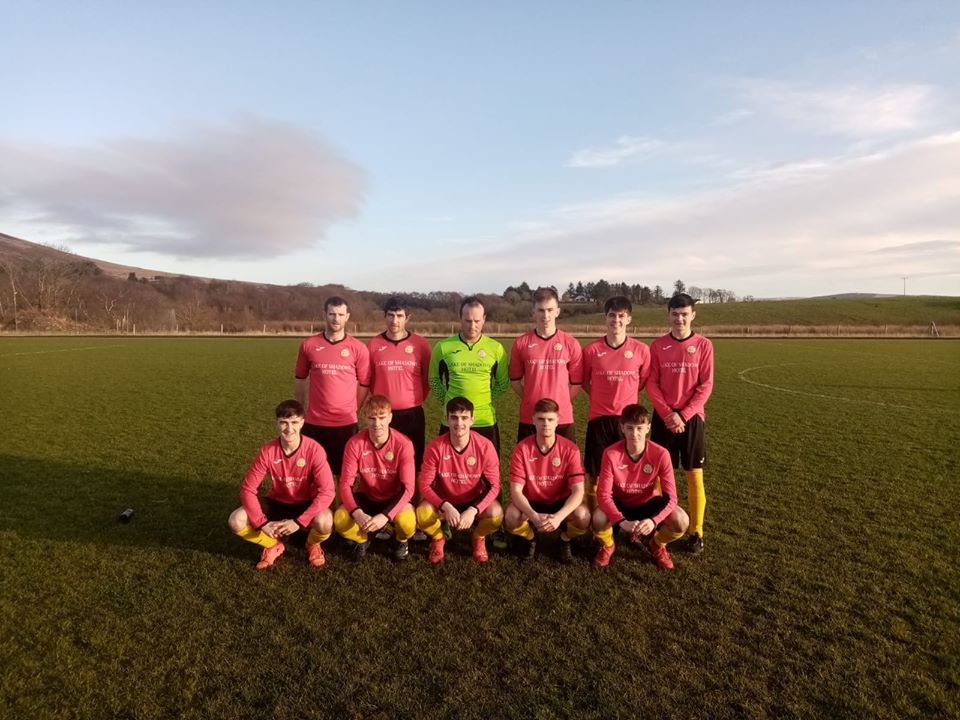 ILLIES (pictured) started this game the better and from a Craig Doherty corner John Pio Donaghey’s header was superbly saved by Kyle Harkin.

Ronan Hegarty then had another effort also saved by Harkin before the visitors responded. Before the half time break Aaron McCarron advanced and unleashed an effort which Kevin Gallagher saved well.

The break through arrived on 55 minutes after good work by Alan Fletcher on the edge of the area saw him square the ball to Nathan Doherty to fire low past Harkin from 12 yards.

They almost added a second when Donaghey fed Hegarty whose chip went over Harkin but McCarron got back to clear off the line.

Carn finished the game strongly and after Declan McGonagle found Aaron Doherty his effort was well saved by Gallagher.

They had a final chance to force extra time but Dermot Doherty headed over the bar from eight yards when very well placed.

Neil McElhinney’s Aileach turned the league form on its head as they advanced to the final with a close hard fought win over the current league leaders.

The home side took the lead on 11 minutes when Darren Bradley blocked a defensive clearance which then rebounded off keeper Kieran Friel back to Bradley to slot home. Clonmany replied and Alan Friel shot at keeper Ryan Fox when well placed before Dessie Doherty fired wide from the edge of the area.

Before the interval Stephen O’Donnell for the home side unleashed an effort which Friel saved well. The opening exchanges of the second half saw Benny Hegarty fire over from 20 yards for the home side while at the other end substitute Karl Harkin fired a good effort narrowly wide.

Clonmany equalised on the hour mark when Harkin converted from close range after the ball had broken nicely for him inside the area.

Aileach replied and when Callum Porter squared to Bradley he somehow fired wide with the goal gaping.

They regained the lead from the penalty spot on 73 minutes when Bradley fired high past Friel after he had been upended.

Five minutes later they increased their lead catching Clonmany on the break with O’Donnell racing clear and drilling low past Friel.

Clonmany upped the tempo pinning the home side back but gained a mere consolation in the final minute when substitute Niall McDaid headed home a Paul McLaughlin cross.