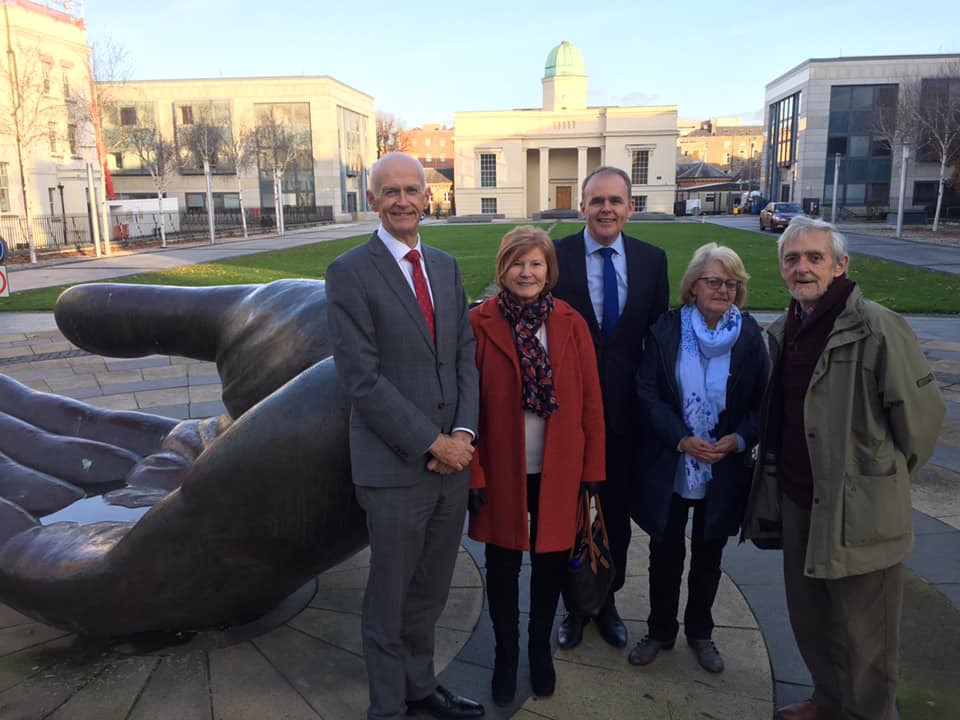 Plans are underway to honour one of Donegal’s finest people with a statue in the town where he was born – Nobel laureate Professor William C Campbell from Ramelton.

The bronze statue is being designed with the aim of being erected in Ramelton in time for Prof Campbell’s 90th birthday next June. 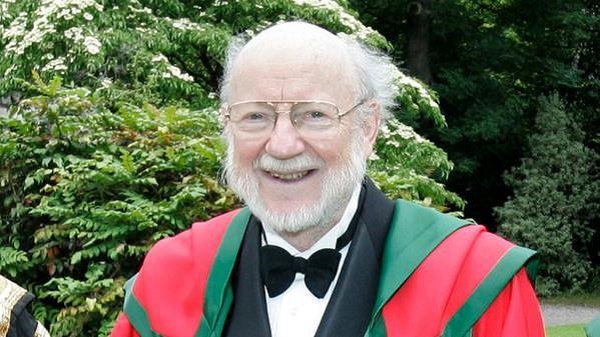 Mr McHugh, Minister for Education and Skills, announced the plans today, saying: “For people who aren’t familiar with Professor Campbell, his life’s work is a truly remarkable story.

“We are talking about one of the most inspirational people on the planet. He has arguably done more for humanity than any other Irish person.

“When we think of the Irish diaspora, and the mark that our country has left around the world, Professor Campbell is up there with the best of them.

“His childhood on the farm in Ramelton, his education and passion for science and his commitment to research, led to hundreds of millions of people being saved from the horrific disease that is River Blindness.”

The plan for Professor’s birthday is being developed under the Bill Campbell Legacy Project spearheaded by the Ramelton Town Hall Development Co.

Minister McHugh meeting Jean and Brian Winston, Anne Campbell and RCSI’s Professor Cathal Kelly in the Department of Education and Skills in Dublin to discuss the Ramelton Town Hall Development Company’s idea for a statue in honour of Prof Bill Campbell.

And it has the backing of leading academic institutions, including the Royal College of Surgeons Ireland (RCSI), Letterkenny IT and other universities, Donegal County Council and businesses.

Minister McHugh said: “I was delighted to row in behind the Ramelton committee, led by Jean Winston, and ftheir idea for a statue and then to facilitate work to galvanise backing for the plan. That has led to great support from Professor Cathal Kelly, head of RCSI, as well as Professor Campbell’s sister-in-law Ann, who lives in Ramelton, and many others.

“A meeting in the Dublin earlier this month with Jean and Brian Winston, Anne, Cathal really set the wheels in motion.

“The idea builds on the scholarship I developed in Bill Campbell’s name after being appointed Minister for Education and Skills. The first person awarded with the bursary is Syrian refugee Suaad Alshleh, for her medical studies in RCSI.

“I want to do more to honour the Professor. I have worked with the Ramelton group for some time, and now we are at the stage where a sculptor is preparing for the statue to coincide with the Professor’s birthday next year. It is great news.”

Minister McHugh added that he will confirm further details on the project in coming weeks.