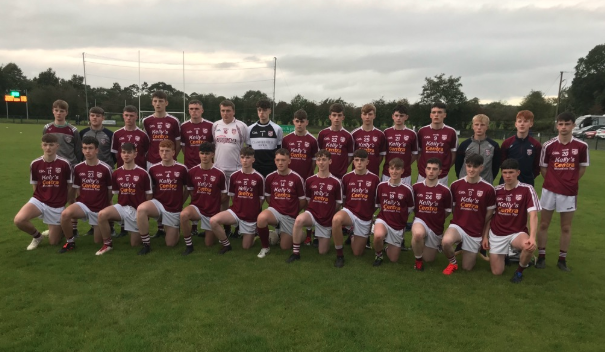 THE arrangements for the Donegal Minor League Division One final have been announced.

The game takes place at 1pm at Hibernian Park in Burt. Shaun McLaughlin from Malin will be the referee.

Trevor Alcorn’s team are due to play Kilcoo in the Ulster Minor Tournament semi-final on St Stephen’s Day.

On Sunday, they were landslide 6-14 to 0-6 winners over Emyvale with Ryan McFadden (2), Jack Alcorn, Stephen Black, Conor McFadden and Bobby McGettigan getting the goals.