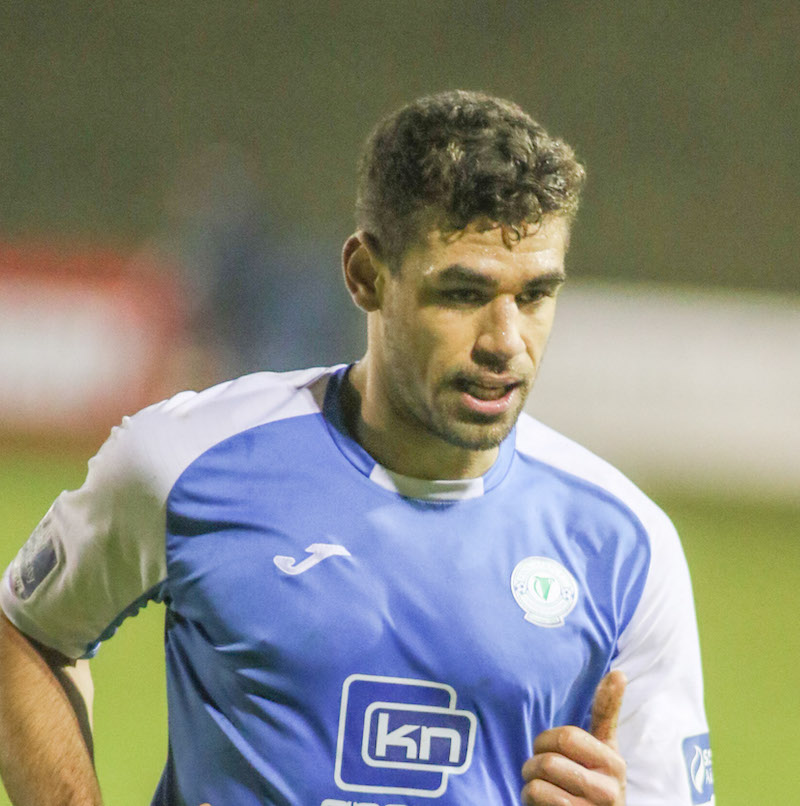 The 27-year-old American was announced as a Galway player by the club this afternoon. Smith joins former Harps team-mate Mikey Place in moving to Eamonn Deacy Park.

Harps signed Smith in July from German outfit SC Hessen Dreieich and he netted the winner in the 1-0 win over Waterford in October.

The Louisiana native – who stands at 6’3” – began his career in the academy sides of Kaiserslautern and Karlsruher SC in Germany.

The commanding defender returned to America to play college football for the University of San Francisco and then he was drafted by MLS side New England Revolution.

After a few months at Harps, Smith has now joined Alan Murphy’s Galway.

“Yesterday I stepped off the bus and I fell in love with the town already. I’ve played in the youth system with Kaiserslautern and Karlsruher in Germany before playing in the US in college football and the MLS. Most recently I was with Finn Harps in the Premier Division last season.

“I’m very grateful to Alan for bringing me into the club and trusting me. It was my goal to come into Finn Harps and help them stay in the Premier Division, I did that. Now my goal is to help this club achieve its goals for next season.

“Alan has a great aura and energy about him. He’s very passionate about this club and about what he did with the youth last season. He spoke about what he’s looking to do next season, so for me it was a no-brainer to jump in and give everything I have and hopefully we will achieve what we want together.

“I’ll give everything I have. I’ll look to bring the experiences that I have from playing in the MLS, Germany and Ireland, and I’ll give it my best.”