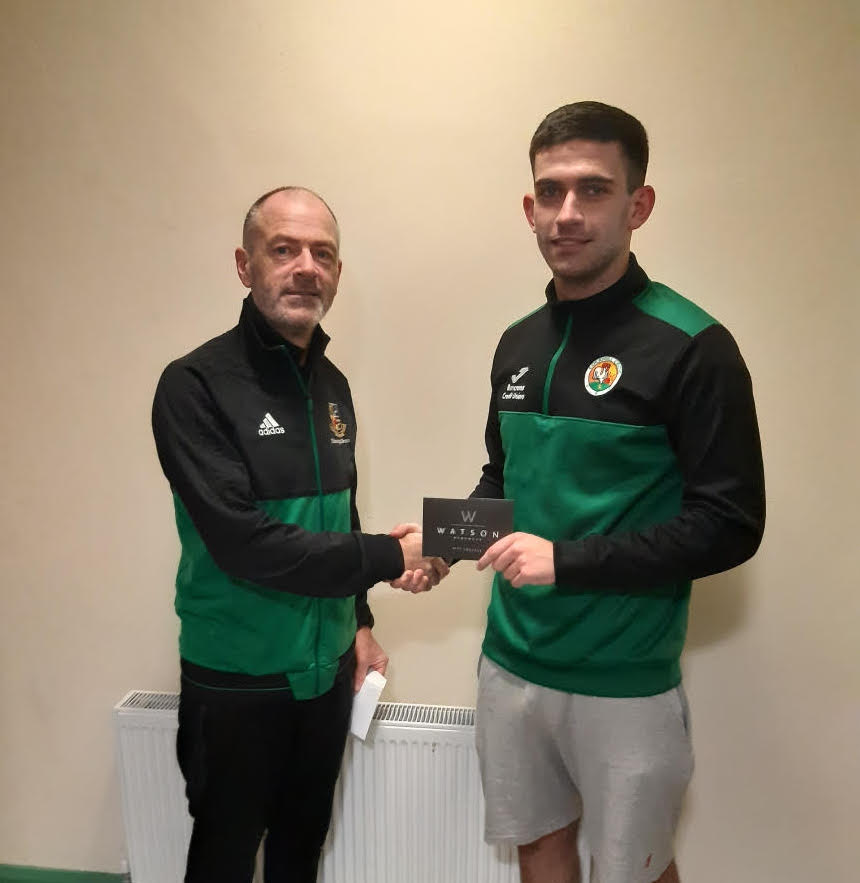 JASON Breslin says Cockhill Celtic must start 2020 how they mean to go on and make a mark across the board.

Breslin has been confirmed as the Watson Menswear Ulster Senior League Player of the Month for November 2019.

The defender has been instrumental as the champions moved to the top of the bmcsports.ie Ulster Senior League for the Christmas break while they recently booked spots in the last 16 of the Intermediate Cup and the first round of the 2020 senior cup.

“The games are going to come thick and fast now so we have to be ready,” Breslin says.

“From January to the end of May, it’ll be wall-to-wall games. We’ve gone on a good run in the last few weeks and we just need to make sure that we don’t lose any momentum over Christmas.

“Gavin (Cullen, Cockhill player-manager) sent us a list of the Cups that we are still in and it’s unreal. We’ve still only played five League games, but we have a huge year now after Christmas. You have to look forward to that.”

Cockhill are two points clear of Bonagee United with a game in hand at the top of the League after a 2-0 win over Fanad United last Saturday.

Seven times USL champions, Cockhill have had an overhaul of their personnel lately, but they have lost none of their qualities.

The impending return of a former multiple USL golden boot winner in Garbhan Friel will add to their arsenal significantly, too.

“Garbhan was training last week and has brought a real tempo,” Breslin says. “We lost the likes of Gerry (Gill) and ‘Jazza’ (Gerard McLaughlin) who were high intensity players, but Gavin brought in really good players.

“The first game of the season, we lost 3-0 to Bonagee in the League Cup. That was a big wake-up call for us.

“We knew we had good players, but we just had to click as a team. The run we’re on now shows we’re a good team. Gavin has brought in some brilliant signings.

“It’s really a brand-new team, maybe five or six new players, but this is a team of winners.”

Breslin first moved to Cockhill in the summer of 2015, debuting in a 2-0 loss to Longford Town in the FAI Senior Cup.

Cockhill will be back in the Senior Cup again in 2020 and are eyeing up advancement in the Intermediate Cup after their recent 2-1 replay win against Midleton in Cork.

“We should have won the first game,” Breslin reflects. “We were very, very confident going to the replay. This is the biggest competition we aim to win. We always fell at these kind of hurdles, but not this time.

“That win sets us up nicely.

“We’re top of the League and we got a good 0-0 draw at Letterkenny too. We were missing a few players that day and Letterkenny were probably under more pressure to win. As ling as you don’t lose to the teams around you, you’ll be grand.

“Those games have set us up nicely now for the New Year.”

Cockhill ‘well set up’ for assault on silverware in 2020 says USL Player of the Month Breslin was last modified: December 18th, 2019 by Chris McNulty
FacebookTweetLinkedInPrint