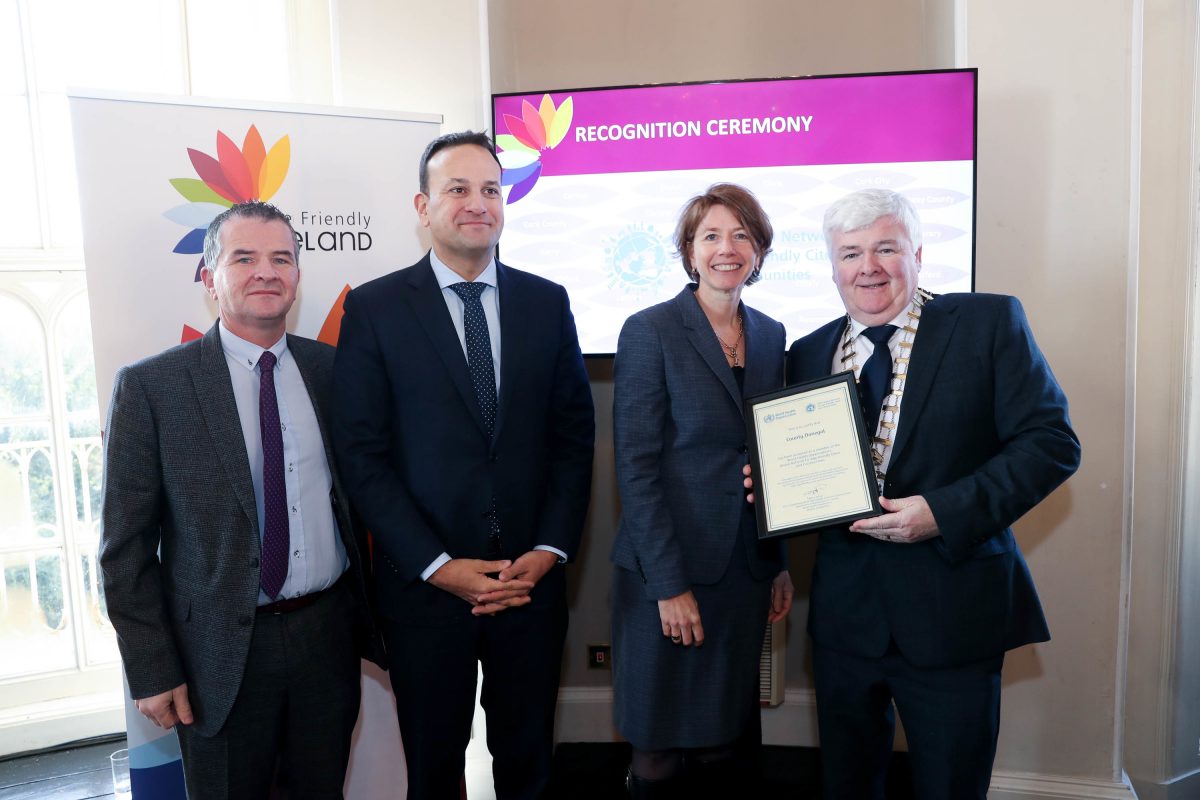 Cathaoirleach, Cllr. Nicholas Crossan, received a charter from the World Health Organisation (WHO) at a special event in Slane Castle in recognition of Donegal County Council’s work on delivering the Age Friendly Programme in Donegal.

The Age Friendly Programme is about enabling people of all ages to actively participate in the community, helping people to stay healthy and active even at the oldest ages and providing appropriate support to those who can no longer look after themselves.

Donegal was one of 31 local authorities to be recognised in this way by the Word Health Organisation who are leading this initiative internationally.

In April this year, Ireland became the first countries in the world to have full membership across all administrative areas to this significant WHO initiative.

An Taoiseach, Leo Varadkar, attended the event which was hosted by Meath County Council and described the Age Friendly Ireland Programme as a really effective way of bringing together a wide range of organisations, businesses and service providers ensuring the interests and needs of older people are being well served.

“I commend our local authorities for their hard work in implementing the programme.

“That work will help to ensure Ireland is ready to meet the challenges and opportunities presented by the fact that we are living longer.

“Ireland may be a small country, but we have shown huge leadership when it comes to positive ageing.

“We are well positioned internationally to influence the agenda on Age Friendly communities, and it is gratifying to hear from the World Health Organisation how respected we are as a country for this work,” he added. 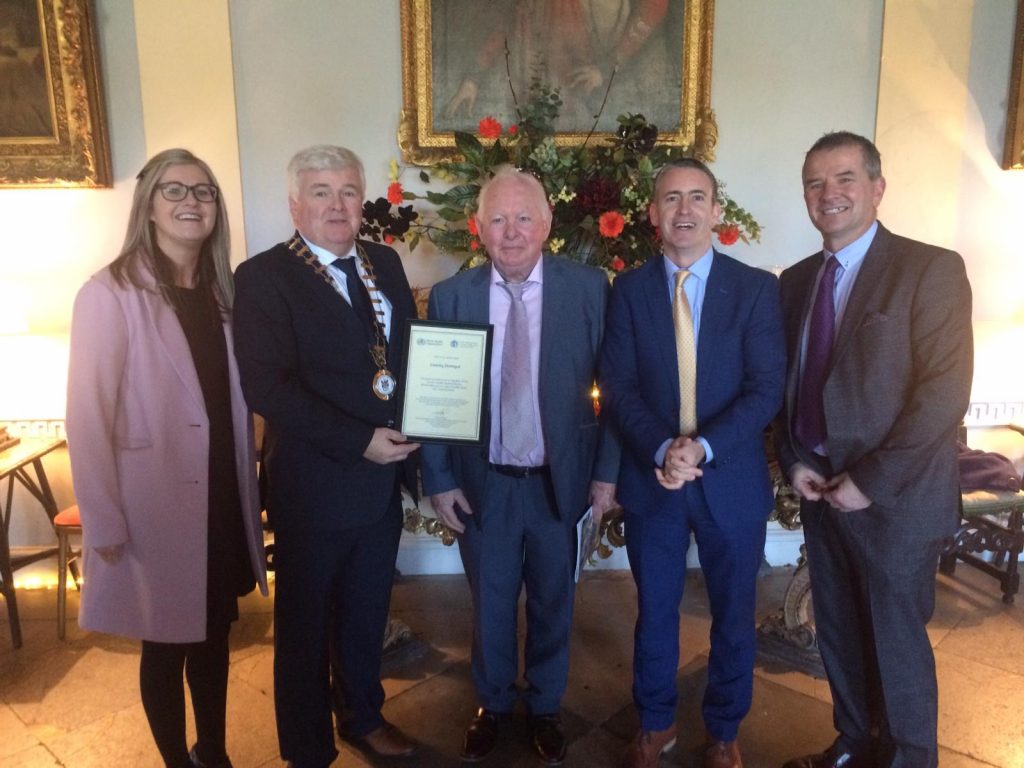 Internationally, the world’s population is ageing, and the WHO programme is a response to this demographic trend.

Ireland’s population has been getting steadily older since the 1980s.

This trend will continue, so it is crucial now to plan and prepare for the needs of greater numbers of older people in our communities.

“The Age Friendly Programme has grown steadily in Donegal since its inception a number of years ago with notable initiatives including the Ceol le Cheile intergenerational choir.

“Embedding age friendly considerations in the policies and practices of various organisations delivering public services, including the Council, has been to the fore of the Donegal Age Friendly Strategy and I would like to acknowledge the support of the various organisations who work alongside us to drive this initiative.

“I would also like to acknowledge the Older Persons Council in Donegal who have been instrumental in influencing, informing and affecting change in this area,” he said.

The event in Slane was attended by Alana Officer of the WHO as she formally recognized Ireland’s work in delivering on the aims and ambitions of the WHO Global Network of Age Friendly Cities and Communities, formally acknowledging the membership of each local authority led Age Friendly Programme in Ireland to this network.