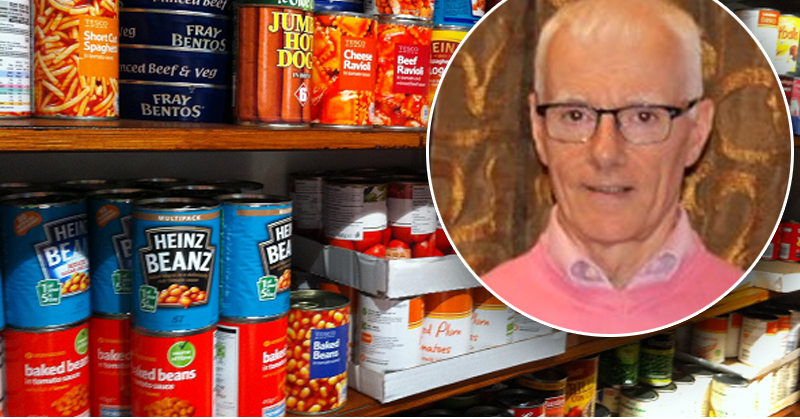 Letterkenny Food Bank to feed more than 200 families this Christmas

The Letterkenny Food Bank said it will help feed well in excess of 200 local families this Christmas.

Need for the service continues to grow as the gulf between those who have and have-not gets wider and wider.

John Walsh, assistant chairperson of the charity told Donegal Daily the demand is getting greater all the time and this Christmas will see that demand peak.

He revealed “We give parcels to around two hundred families every three weeks and that demand is growing.

“I would safely say that the demand will be much great in the run-up to and over the Christmas period.

“I’m sure many people in Letterkenny would never have thought that there would be a demand for such a food bank but it’s now a fact of life.

“The demand for our service comes from many different parts of our society and people would be surprised by the people who need our service.”

And the demand for food parcels is not just from families in Letterkenny but as far away as Gaoth Dobhair and Killybegs.

“It’s pretty much across the entire county,” adds John.

Many fellow charity organisations such as Vincent De Paul use the Food Bank for giving vouchers to their users who can collect the food from their premises at Market Square.

The organisation depends directly from donations from the public to make up the food parcels to give to those less fortunate.

There are four drop-off points in the town and they are Mac’s Mace, the Community Centre, Solo and Simpson’s Supermarket.

All non-perishable goods can be left off at any of these locations and they will be gratefully accepted and collected by members of the Food Bank.

Mr Walsh said that many companies and individuals contribute regularly to the organisation.

However, he singled out Marks and Spencer for their donations as well as local businessman Alfie Greene for allowing them the use of their premises.