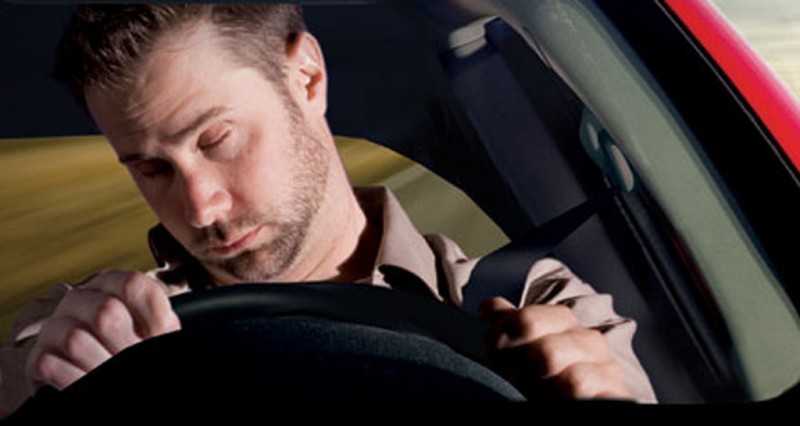 DD Motoring: Dealing with the silent killer of tiredness on our roads

The phone in our house rang, it was the guards, they were looking to talk to Brian McDaid. A lot when through my mind in those fractions of seconds between the end of one sentence and the start of another one.

It was a cold dark winters evening just before Christmas. I was trying to figure out what the next sentence was going bring before it travelled down the Garda Station phone to our home.

All I could hear was my heart thumping in my head waiting a for what had to bad news to sink in. Maybe they might have the wrong Brian McDaid, that has happened before not that I would wish this news on anyone else. The thought flashed through my head that news like this was supposed to be delivered in person on someone’s front door by the guards with the hat under the arm.

The dreaded call from the Garda station that no one wants to get, especially over Christmas. Photo Brian McDaid.

“We have your uncle Fr. Mark Coyle here.” “OK, I reply very slowly, ‘whats wrong’ I asked?” After what seems like a lifetime the Garda replied, your uncle has had an incident and we have brought him into the Garda Station and we need someone to collect him. He also wants to chat to you. Jesus, Mary and St. Joseph what has happened to him. I thought into my self or might have even said it out loud I’m not quite sure.

“I’m all right Brian don’t be panicking,” was the first words, I heard him say which were great words to hear. What’s wrong Mark, which Garda station are you in, I’ll go for you right away.

“Well,l’ll tell you what happened, I was up from Ards to get a few last-minute things in Letterkenny, and the traffic was very bad on the way into the town and I have a bad old cold at the moment so I was all wrapped up in that fleece yous gave me last Christmas and was sitting on the High Rd in the traffic jam waiting on the lights a Crossview House.”

The thought goes through my mind that he has run into the back of someone. “Is the car bad?” I asked interrupting his version of events. “The car?” he says sounding surprised. “The car’s grand.” Well what happened then, as I was telling you I was up from Ards to get some final shopping- MARK you told me all that, why are you in the Garda station?”

Mark said “Well when the lights finally went green at Crossview House I must have dozed off and the first thing I knew was this friendly Garda who is sitting beside me here now who must have spotted me and came over and tapped on my window and wakened me. The car was sitting stationary so the only damage was done was of that to the tempers of the drivers that were sitting in the traffic behind me. So as this happened on the High Rd just opposite the Garda station. The guard asked me to park the car and come up to the Garda Station for a cup of tea. And because he told them what a told you about coming up from Ards this evening. They didn’t want him to get back in the car until he had a rest.”

I collected a slightly embarrassed uncle at the Garda station and the more both of us were thankful for the vigilance of the Garda who was on foot patrol that winters evening to spot a driver sleeping behind the wheel. We could see the funny side of this especially when no damage was done.

A portrait of the late Fr. Mark Coyle who ended up in the barracks after falling asleep at the wheel.

This happened a good few years ago on this week on the run into Christmas sometime before 2004 because back then after the incident, he didn’t want his big sister, the Late Bida Deeney to know about it and to be worrying about him on the road.

Looking back now I’m sure if he thought he could help highlight a very common and dangerous problem he wouldn’t mind us sharing his story. Something facing drivers especially on cold weather days when we have the heaters and air condition up full blast inside it can be very easy to confuse your body that your in a comfortable place and before you know it you have dozed off.

People who have never suffered from this dangerous problem of falling asleep behind the wheel might think it never really happens but as a suffer of this problem myself I know too well how dangerous it could be.

The shock of this happening if your lucky enough not to crash will be enough to bring you to your senses. It is recommended at the first signs of tiredness that you pull over, drink a coffee and have a rest. But how many people really listen to that advice especially if their journey is local.

Focus on the road this Christmas and beware of the effects of tierdness can play behind the wheel of a car. Photo Brian McDaid.

It’s ok to stop if your tired on a journey to Dublin from Donegal, but unfortunately, even if people know their tired and are anyway near home they will keep driving which in my opinion is the dangerous part of any journey, Being familiar with the road and suffering from tiredness is a lethal mix, cars are too quiet now and it’s so easy to forget that you are in charge when you are behind the wheel,

If Stopping is not an option try and change the comfort of the car.

Three things that help me if I find myself falling asleep behind the wheel, The first is to change the car down a gear from top, and driving it in that unstable gear, This is not only about slowing the car down but it also makes you more aware of the car and the throttle will respond differently in lower gears The second down a window a small bit which is a very effective way of reducing the temperature a bit but also lets you hear the sound of the car on the road and the third is to turn up the radio or turn it over to a station that is not comfortable listening to.

Changing down to a lower gear can make you more aware of the car if your driving when tired. Photo Brian McDaid.

I find that these three things change the environment inside the car from comfort zone back to you being aware that you are driving a car. if you can find a place to pull over to get a cup of coffee, that will always be the better option but on the run into Christmas everything is done at the last minute and little time is given to getting from A to B or the condition of the driver behind the wheel is never considered.

On the run-in to Christmas, everyone is doing their part to reduce the accidents on the roads from speeding and alcohol. As of yet, there is no measurement for tiredness of a driver. That’s down to your own instinct when you get behind the wheel, break the comfort zone if you feel tired, take that little bit of time to recharge your batteries as only you will know about your tiredness until something happens on the road and by then for some, it is too late.

DD Motoring: Dealing with the silent killer of tiredness on our roads was last modified: December 18th, 2019 by Brian McDaid