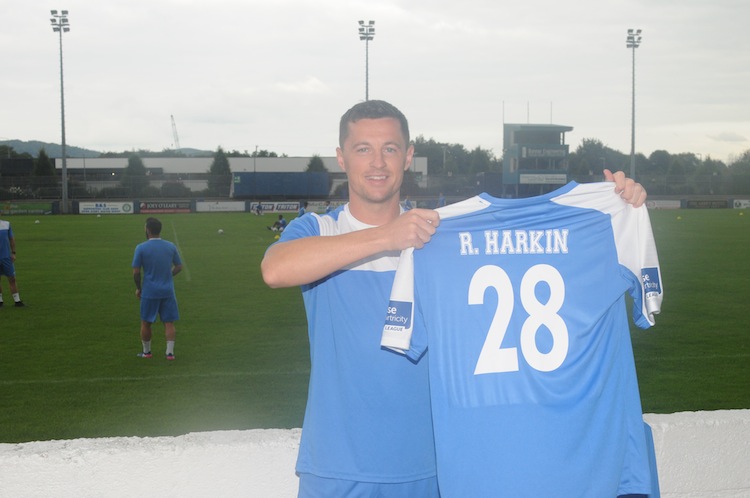 Ruairi Harkin the latest player to re-sign at Finn Harps

RUAIRI Harkin will be back at Finn Harps for 2020, the club has announced.

The 29-year-old midfielder joined Harps in the summer having been released by Cliftonville in May.

The Derry native had a frustrating couple of years with injury before linking up with Harps, for whom he made ten appearances in the latter part of the 2019 season.

This is Harkin’s second spell at Harps as he had been on loan at the club under James Gallagher in 2009.

Ollie Horgan is delighted to add Harkin to the roster.

“Ruairi came in with only a handful of games left but his experience was a big lift to the team down the stretch,” Horgan said.

“He’d had a hard couple of years with injuries but in fairness to him he was ready for a battle and that showed in how often he played having come in so late. We’re delighted he’s signed back for another year.”

Harkin joins Mark Anthony McGinley, Gareth Harkin, Mark Coyle, Tony McNamee, Mark Timlin, Kieran Farren and Stephen Doherty as having signed on while Derry City’s Adrian Delap will be added on a loan deal for the first six months of 2020.