Christmas shoppers in Letterkenny had to do a double-take this morning when an eye-catching parade made its way down the Port Road.

The women acted out a silent demonstration outside An Grianan Theatre before making their way to Letterkenny Shopping Centre. 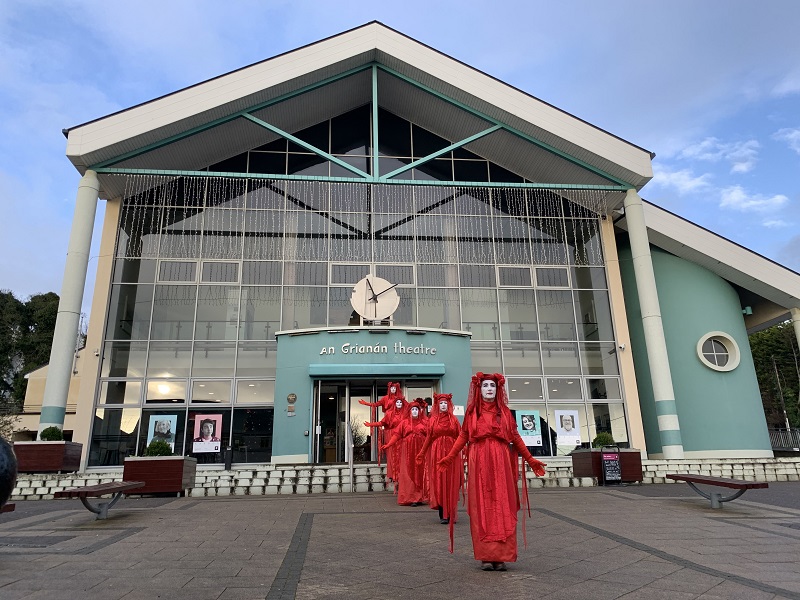 The peaceful protest is part of the Extinction Rebellion activist movement, which aims to call on governments and corporations to take urgent action against climate change.

An XR member told Donegal Daily: “It is really worrying and frustrating that as the climate crisis is getting more severe all the time, that neither governments nor corporations are giving it the energy and commitment that’s needed, so we are reaching out to alert more ordinary people to what’s happening and to hopefully get more people on board for participating in peaceful climate action in whatever shape they feel comfortable to. This is an emergency!” 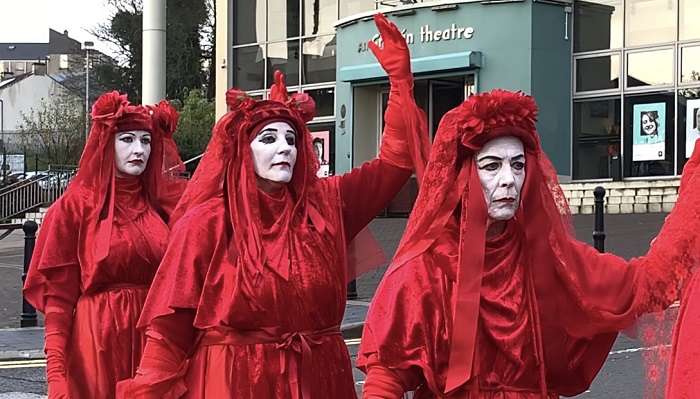