A number of familiar faces will be on our TV screens this Monday when a new documentary on the pastime of card-playing airs on BBC.

Cuideachta na gCártaí pays homage to the people to keep the card playing tradition alive in Ulster, meeting the people who play for prizes and for charity.

Regardless of the reason, card-playing remains a particularly unique form of social gathering where cheek, chance, mental agility and lady luck all merge in the moment.

This observational documentary gets into the hearts and minds of the people with this common pastime. Cuideachta na gCártaí, produced by Imagine Media for BBC Gaeilge, with support from Northern Ireland Screen’s Irish Language Broadcast Fund, is on BBC Two Northern Ireland on Monday 23 December at 10pm.

Playing cards has always been a big part of life for Rann na Feirste actor Niall Mac Eachmharcaigh, and the programme follows Niall and friends for his annual Christmas progressive card drive where he keeps some of the older traditions alive. With a Christmas turkey, bottles of whiskey and boxes of biscuits all up for grabs as prizes, it’s all to play for. 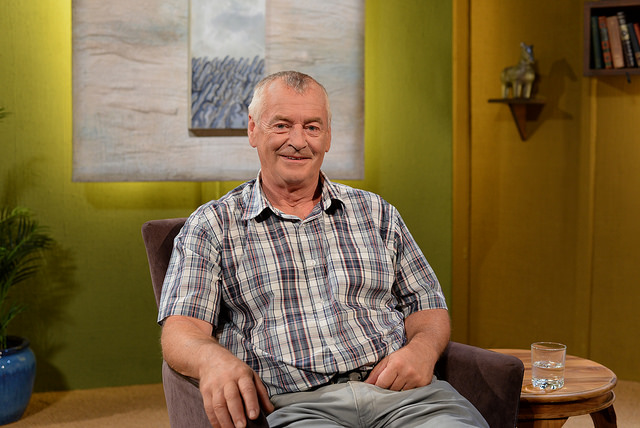 Other contributors include long distance lorry driver Liam McGee from Donegal, and newcomer Eamonn Óg Ó Cnáimhsí Ó Gallchóir who has been learning how to play 25 from his grandfather Fred.

Elsewhere, young university students and first cousins – Sorcha Ní Dhubhcháin from Donegal and Fionn Palmer from Armagh – are adapting to city life in Belfast and are looking for ways to broaden their circle. They have decided to attend the card playing classes in the Cumann Chluain Árd. The pair have another reason to learn the tricks of card playing as they plan to surprise their granny Nóra Frank Chonaill with their new skills.

The BBC Gaeilge programme will explore why card games are such a draw to the players and why they are determined to keep the games alive. The film weaves its way through a diverse set of card players’ lives, looking at the cross-generational and continuing love affair with card games.

Producer Hannah Ní Dhubhcháin says, “It was great to work on a film such as Cuideachta na gCártaí to gain an insight into how it is important to tell the story of card-playing and keeping the tradition alive. We all know how to play different card games, but it was endearing to learn more about the traditional games such as 25, 45 and Whist and how they are able to bring old and young together.”