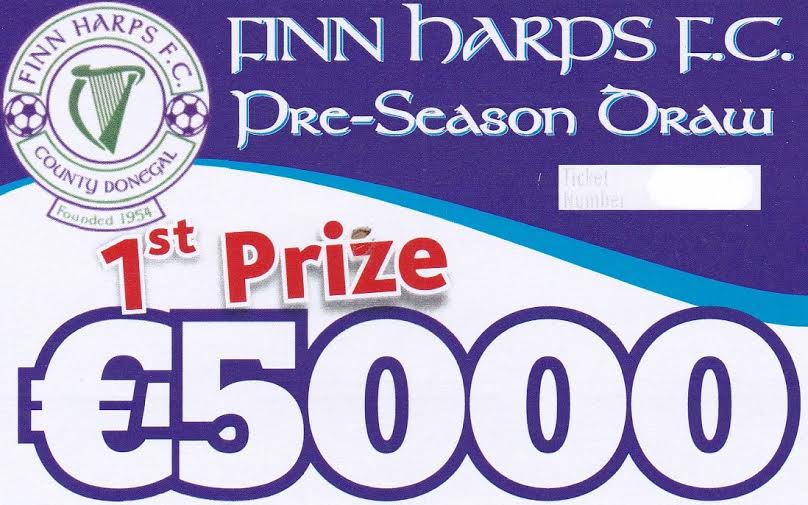 WITH pre-season training just a couple of weeks away, Finn Harps have launched a preseason draw to help kick start preparations for the 2020 campaign.

Club chairman Sean Quinn said: “With the fixtures out now we’re on the countdown to the start of the new campaign.

“It’s an expensive time of year as we look to give Ollie and Paul the resources they need to assemble a new squad and prepare them as well as possible for the coming season.

Other prizes are a €1000 Shopping Voucher for McElhinney’s, two nights B+B in the Mill Park or Park Hotel a pair of Season Tickets and a Club Shop voucher.

The draw will take place at the Finn Harps v Shelbourne game on the 24th of February.

Tickets can be purchased online via finnharps.ie.